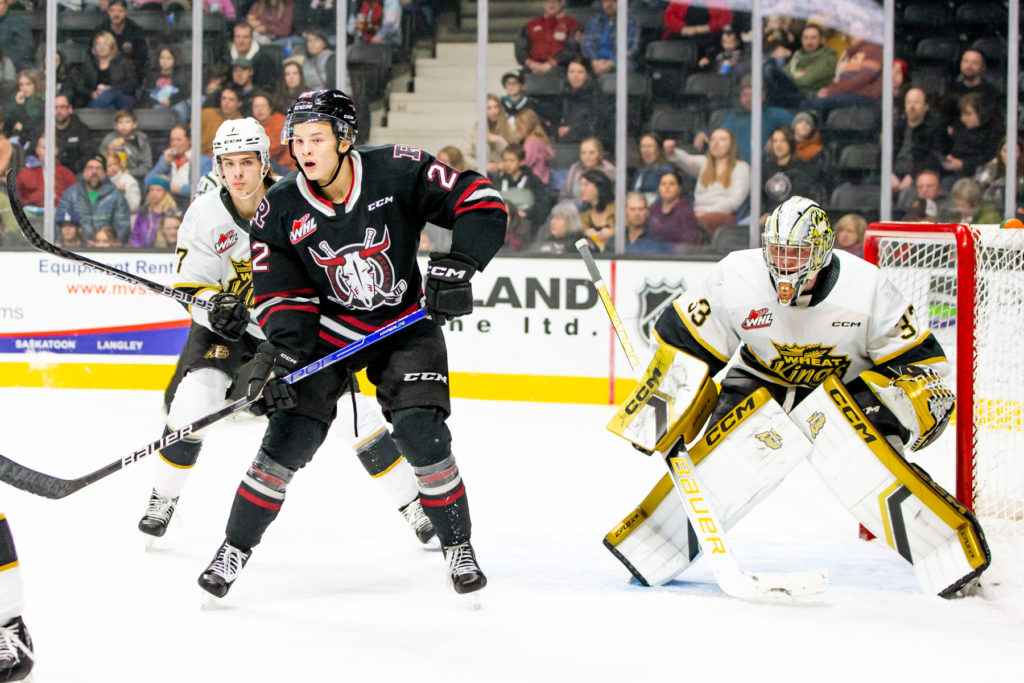 The Wheat Kings managed to score the first goal of the game with only 15 seconds remaining. The Rebels were cycling inside the Wheat Kings zone when Brett Hyland forced a turnover skating down and firing a sharp angle shot off the goaltender Rhett Stoesser and in to give the Wheat Kings a 1-0 lead.

The Rebels would tie it up with Carson Birnie collecting a rebound beating Nick Jones top corner. Then during a two man advantage Jace Isley would score his 13th of the year to give the Rebels their first lead of the hockey game with over 8 minutes remaining in the 2nd. The Wheat Kings would find the equalizer with Nolan Ritchie scoring his 9th on the powerplay to tie the game up heading into the third period.

The Wheat Kings would restore the lead in the third when Rebels blue liner Quentin Bourne turned the puck over to Nate Danielson who beat the goaltender Rhett Stoesser scoring his team leading 10th of the year to make it 3-2. Danielson would later add an empty net goal to give the Wheat Kings a 4-2 victory.

The Wheat Kings return home to host the Lethbridge Hurricanes for back to back games next Friday and Saturday. Both puck drops at 7:00pm CST. You’ll hear voice of the Wheat Kings Chase Johnston have the call starting with the Drummonds Farm Service pregame show at 6:30pm.