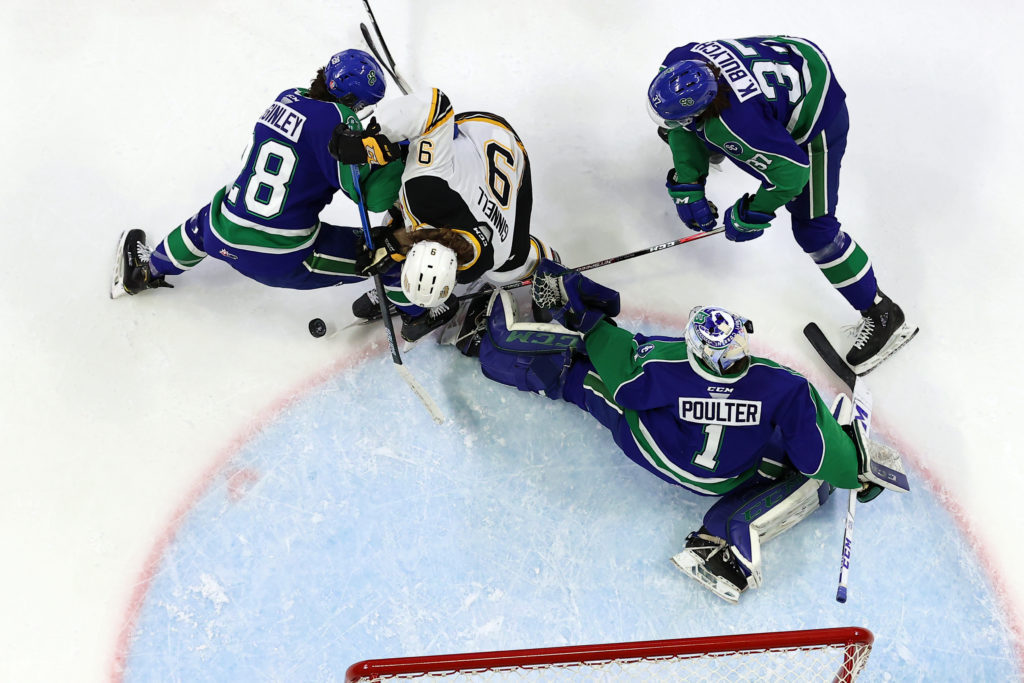 Swift Current, SK – The Brandon Wheat Kings fired everything but the kitchen sink at Isaac Poulter on Wednesday night, and if they had…he probably would have stopped that too.

The Swift Current Broncos netminder turned aside all 47 shots he faced for his 3rd shutout of the season, handing the Wheat Kings a 3-0 loss.

“I thought we battled hard tonight,” said Assistant Coach Mark Derlago. “We fired everything at Poulter it just wasn’t dropping. He brought his ‘A’ game tonight and was definitely looking for redemption after being pulled in Brandon last week.”

The Broncos jumped out to a 3-0 lead after 20 minutes, and then road Poulter’s coattails on route to the victory. Brandon outshot Swift Current 37-4 in the final two periods, but couldn’t break the goose egg.

“There is no panic button here,” added Derlago. “We have to stick with the plan. Tonight we did a lot of good things but found ourselves behind early and then guys were gripping the sticks around the net. We gave up four shots in the final 40 minutes tonight. We still have a chance to make this a successful road trip here with a good weekend.”

The Wheat Kings were without Ridly Greig, who served the first of a two-game suspension for his interference major on Tuesday night in Moose Jaw.

Carson Bjarnason stopped 11 of the 14 shots he faced, in his first start since November 6th in Regina.

Brandon will take a day off on Thursday, before reloading for their second meeting of the season with the Lethbridge Hurricanes on Friday night.