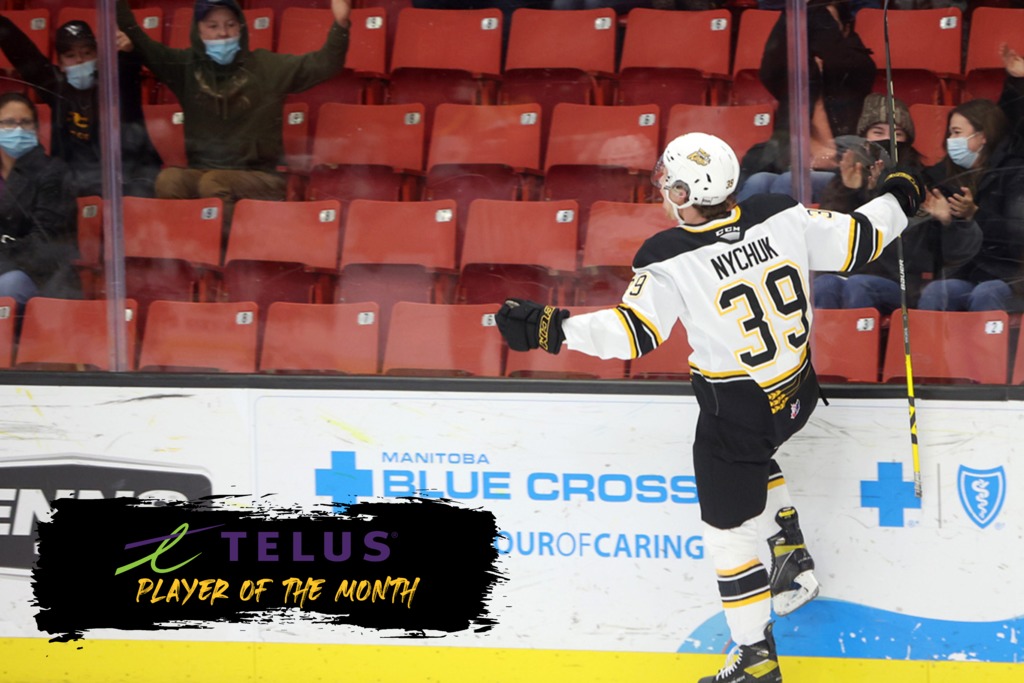 Brandon, MB – The Brandon Wheat Kings in partnership with TELUS are proud to announce that Chad Nychuk has been named the December Player of the Month

“Chad has solidified himself as one of the top defenders in the WHL,” said Head Coach Don MacGillivray. “His defensive play has improved immensely over his career and his offense has been key in driving the Brandon Wheat Kings this season.”

This award is presented to the Wheat King, who best demonstrates success – both on and off the ice – as a teammate and role model in the community.

TELUS will present Chad with this monthly award during the first intermission of the next home game at Westoba Place.