NHL Dreams Come True for Schneider and his Family 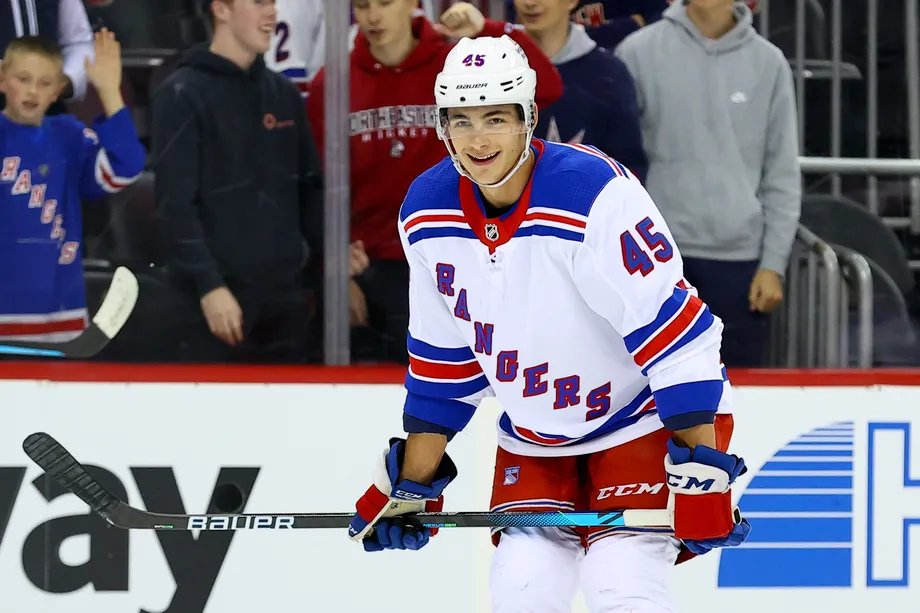 Wednesday started out as a normal day for the Schneider’s. But after one quick announcement, it’s been a whirlwind ever since.Like she usually is, Carmela Schneider was at work at the Prince Albert detachment of the RCMP before getting a call from Jason Davidson, the hockey agent for her son and New York Ranger first-round pick Braden Schneider.

She got the call every hockey parent dreams of, the call-up call. She learned her son was going to be making his NHL debut on Thursday night in San Jose against the Sharks.

“‘How do you feel about flying to San Jose tomorrow?’ and I said ‘for what?’ And [Davidson] said ‘to watch Braden Schneider make his debut for the Rangers.’ I couldn’t even believe it,” Carmela told paNOW Thursday morning in the few minutes she and her husband Kelly had to spare at the airport in Calgary. “I probably cried more than I should at work. And then a few minutes later, Braden called. He was already on his way to the airport in Hartford to catch his flight to get to San Jose as well.

“Braden’s been working so hard, he loves what he does,” added Carmella. “Just that moment to get to where he’s been dreaming about since he was a little kid, it was crying out of pure joy. When there’s that much emotion in your body, it has to go somewhere so it’s good that I cried.”

It was a surprise announcement for Braden himself. He was skating with the Hartford Wolfpack on Wednesday, the AHL-affiliate of the NHL’s Rangers, and was taking a short break from a drill before he was pulled out of practice to start his journey to San Jose.

“I can’t really put it all together. It was a blur. I was excited, I was nervous. I felt the whirlwind of everything. It was surreal to say the least,” Braden said in a media scrum on the Rangers’ official website. “I was very, very excited. I was a little antsy and excited to get to this point, and it felt good to finally get out there [with the Rangers] a little bit. It helped me relax my nerves a little bit, but once it got going, it felt good.”

The journey to make it to the NHL is never easy, but the pandemic threw in a few more wrenches to Braden’s plans. With all of the travel he had to do between playing in the World Juniors, making his AHL debut with the Wolfpack and playing with his Brandon Wheat Kings in the hub centre in Regina, Braden was either playing hockey or isolating in a hotel or dorm room somewhere.

“You think about last year with COVID, he was in the bubble for almost 60 days between the World Juniors, and isolating, and going to Hartford. He’s definitely earned this moment, probably 10 times over, if not 100 times over,” Carmela said.

But with all the work that Braden has put in to get to this point, so have his parents. The countless times they’ve driven their sons Braden and Marek, who currently is playing for the Saskatoon Blades, the countless kilometres on the highways to drive to games and tournaments and camps, the countless dollars they’ve spent on equipment, registration fees, travel expenses, Carmela and Kelly invested a lot of their lives as well just to allow their sons to chase their dreams.

It’s gotten to the point where they still think of places around Canada in hockey terms.

“We’ve kind of referred to cities based on the rink, like ‘oh, that was a nice rink in Dawson Creek,’ or wherever. Our travel guide would be different than normal people’s, but it’s been so worth it,” Carmela said. “We’re so proud of him, and Marek too. Our boys have basically kept us busy and pretty broke all our lives, but we’ve enjoyed every second of it.”

In 24 games with the Wolfpack, Schneider has nine assists and 10 penalty minutes and has been happy with the progress he’s been making throughout the season. Now that he has a chance to show what he has on the big stage, he wants to take full advantage.

“I want to show that I’m able to play at this level and to show that I belong here. I think if I can keep improving each day, that’s the main goal, to get one per cent better each day and keep a positive mindset while doing it,” Braden said. “That’s all I can ask for. I’m just going to stay positive and wait for my chance.”