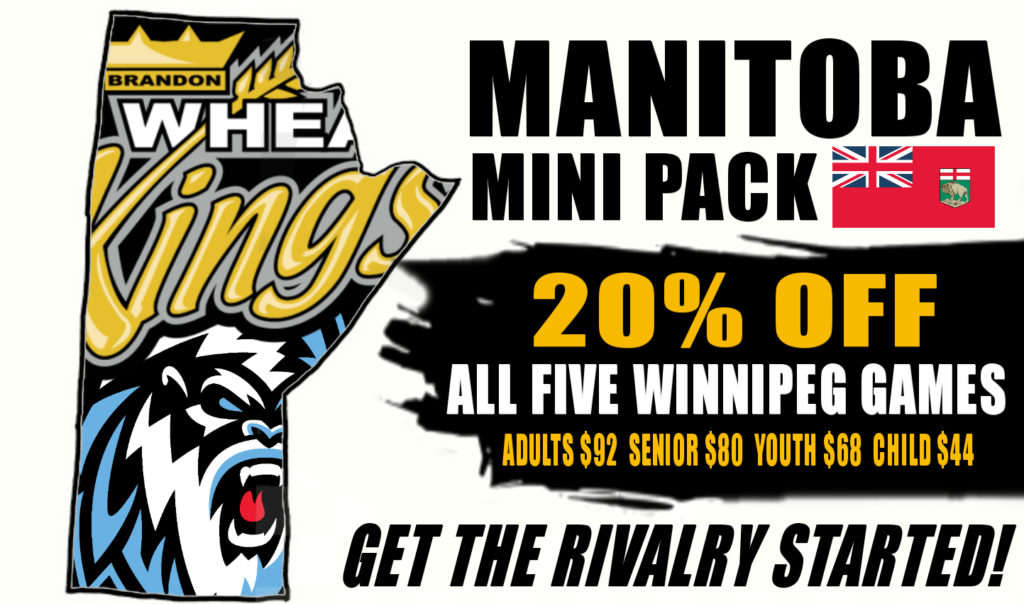 Brandon, MB. – Get the Rivalry Started!

In anticipation of having their first provincial rivalry in over thirty years, the Brandon Wheat Kings are excited to announce plans for a Special 5-game Manitoba Mini Pack for the 2019-20 Western Hockey League season.

Starting Friday, August 16th Manitoba hockey fans will have the opportunity to beat the box office and purchase the Manitoba Mini Pack before Home Opener tickets even go on sale. This is your chance to secure the best available seats at Westoba Place for the biggest games of the year. The package will feature the five home games against the visiting Winnipeg Ice.

In addition to guaranteeing your seat for five of the biggest games of the year, fans will save 20% off regular admission prices.

The Manitoba Mini Pack goes on sale at 10am Friday, August 16th at the Keystone Centre Box Office. Individual Home Opener tickets will not go on sale to the general public until Tuesday, September 3rd. Fans can also order online at keystonecentre.com

The Wheat Kings, who play host to Winnipeg on Friday, September 6th in the first of four pre-season games, are scheduled to open up Training Camp on Wednesday, August 28th.