NEJEZCHLEB EXCITED TO BE BACK 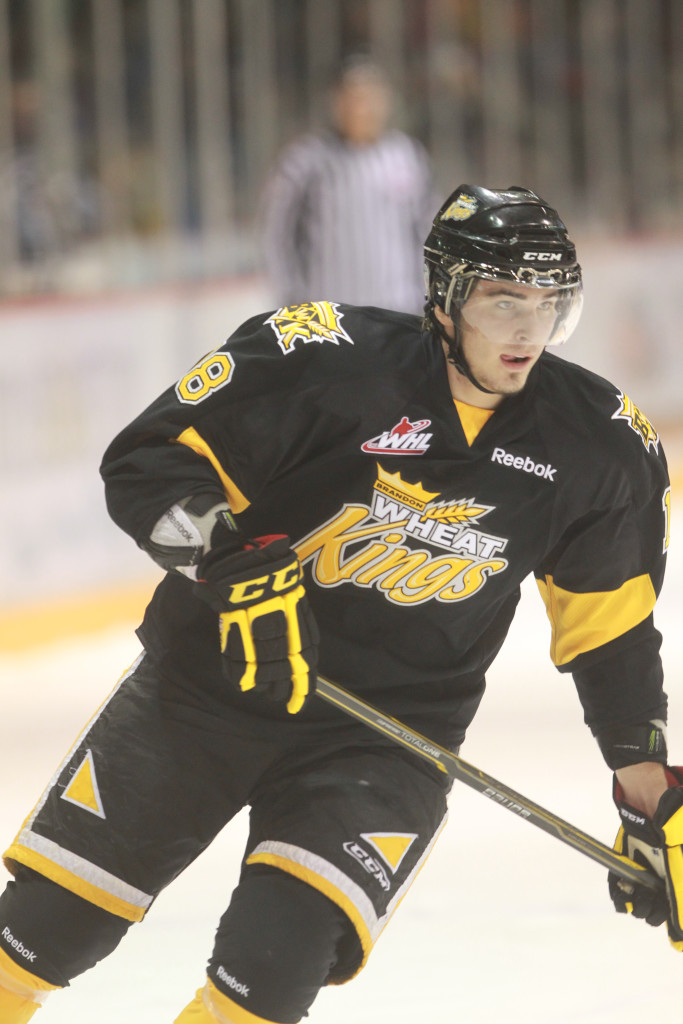 (Courtesy of Rob Henderson, The Brandon Sun) — Few members of the Brandon Wheat Kings have more to prove over the last eight games of the season than Richard Nejezchleb.

During his first WesternHockeyLeague season, the 18-year-old Czech winger has shown signs of being the kind of impact scorer that the Wheat Kings could sorely use — when he’s been on the ice.

Unfortunately for the hard-luck import, he’s spent more time in the stands than on the ice this season, seeing action in only 28 of the team’s 65 games.

First, it was an October shoulder injury that cost him 15 games. Now, he’s preparing to make his return after sitting out the last 21 contests due to a freak cut to his hand, and the 18-year-old from Prague wants to show the Wheat Kings they should bring him back next season.

“I will try to show my best so they won’t have any problems to fit me on the team next year,” said Nejezchleb, who scored Brandon’s lone goal in Friday’s 4-1 loss to the first place Blades in Saskatoon. “I will play hard because it’s an honour to be here and wear a Wheat Kings jersey for me and play in this league.”

Nejezchleb produced nine goals and nine assists before the hand injury and occasionally showed the ability to make an impact by throwing his 6-foot-2, 212-pound frame around.

His promising season was put on hold while he was on the bench, of all places, late in a 7-2 loss to the Calgary Hitmen on Jan. 8. Teammate NickBuonassisi was upended in front the bench and his skate came up and cut Nejezchleb, causing ligament and nerve damage that required surgery.

The only silver lining for Nejezchleb was the extra time he spent in the gym and the additional work he got to put in with the coaches during his recovery.

“I’m kind of glad that the coaches helped me out to prepare while I was injured,” he said. “I learned new things and that helped me a lot.”

Nejezchleb’s return comes with the Wheat Kings sitting in last place in the Eastern Conference and eliminated from playoff contention with a 21-38-4-2 record.

Losers of six straight games and nine of their past 10, the Wheat Kings will continue a 3-game in three night weekend road trip Saturday night in Prince Albert against the Raiders.

Although the playoffs are out of reach, Wheat Kings head coach Dwayne Gylywoychuk hopes his players dig deep to find the motivation for their remaining games.

“Guys know we have lots to play for,” Gylywoychuk said. “I believe in the character of these guys. These guys are playing for the guys in the dressing room and, first and foremost, for the Wheat Kings organization.”