McKillop met some characters during career 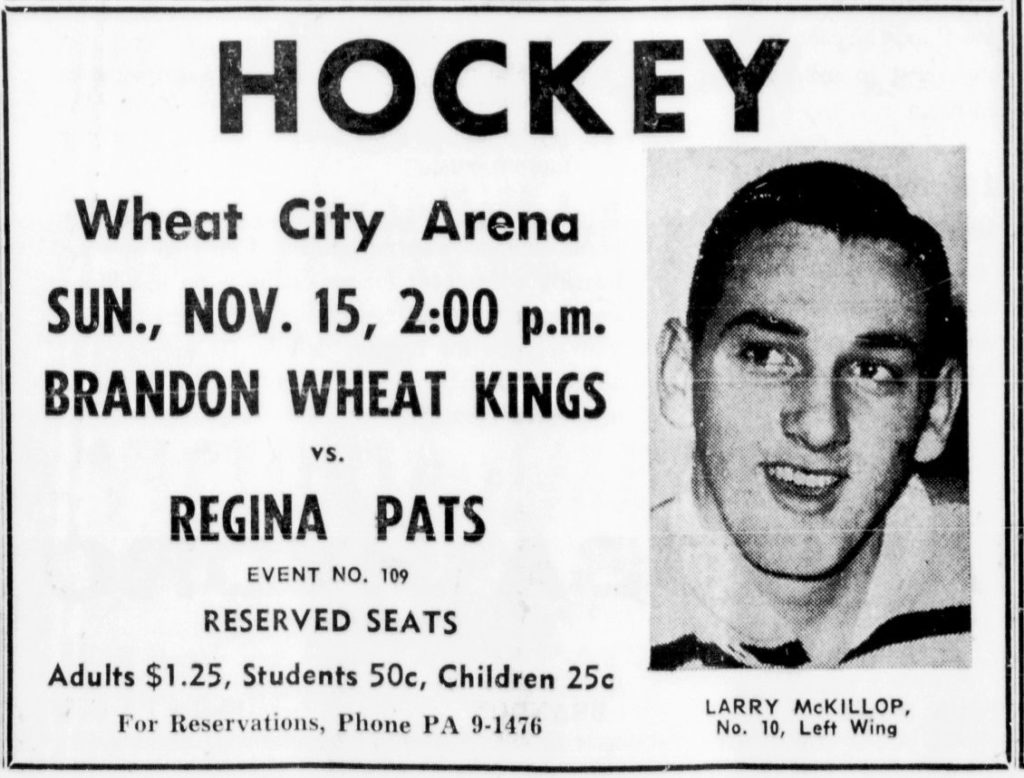 Larry McKillop remembers Don Cherry walking into the Rochester Americans dressing room in a three-piece suit and a rage.

The American Hockey League team, which would finish third in their division in the 1973-74 season, was wildly exceeding expectations.

SUBMITTED
Former Brandon Wheat Kings forward Larry McKillop and his wife Carol pose for a recent picture. The Woodlands product, who now lives in Deloraine, played with the team for three seasons from 1963 to 1966.

But that night they weren’t playing well against the Boston Braves, with an extra home game in the playoffs potentially on the line. Down a couple of goals after the first period, Cherry was ready to deliver a message to his players.

“He was ranting and raving and saying ‘Geez, what did I do?’ and ‘(expletive) this’ and ‘(expletive) that,’” McKillop said. “‘Didn’t I do good for you at Christmas?’ He gave us these small tape decks that were probably worth about $200 and everybody got one. ‘Now look what you’re doing.’

“We always had a big garbage pail in the middle of the room and he grabbed a stick and he was trying to break it. He was a big strong man but the stick wouldn’t break. Finally he broke it and the splinters came off it into the vest of his suit and all over the arms.

“He said ‘Oh, what the hell, we’re not even supposed to be in the playoffs anyway and just turned around and walked down the hall to his office. He was great.”

McKillop, 74, played with the Brandon Wheat Kings for three seasons between 1963 and 1966 before embarking on a nine-year professional career.

He was born in Deloraine but grew up on a farm beside the small community of Goodlands.

McKillop didn’t have any brothers to play with — his sister Donna is the mother of Westman player and coach Marlin Murray — but he did grow up with a cohort of fine athletes from area farms who played hockey in the winter and baseball in the summer.

His parents Bert and Eva didn’t have to give him a ride to the nearby rink but helped in other ways.

“They were supportive,” McKillop said. “In fact my dad coached when I was younger like eight and 10. My dad coached for a couple of years.”

The natural-ice rink in Goodlands was looked after by his uncle Lloyd (who went by the nickname Shorty), so McKillop and his friends had all the ice time they could handle.

“We had pretty good access to the rink after the girls were done their figure skating,” McKillop said. “In fact sometimes when they were figure skating we were out in the other end with the sticks already.”

Prior to the ice going in at the rink, usually in November, the boys would meet at a dugout near his farm. There was also a nearby lake that was shallow and froze quickly, allowing the youngsters to skate for nearly a mile.

It certainly showed in games. Goodlands piled up provincial championships as McKillop and his friends grew up.

Later in his minor career, he joined a midget team in nearby Deloraine, and also won a title there before returning to Woodlands to play with a juvenile squad formed with Melita. He also played with the senior team, the Comets.

Naturally, both those teams won championships too.