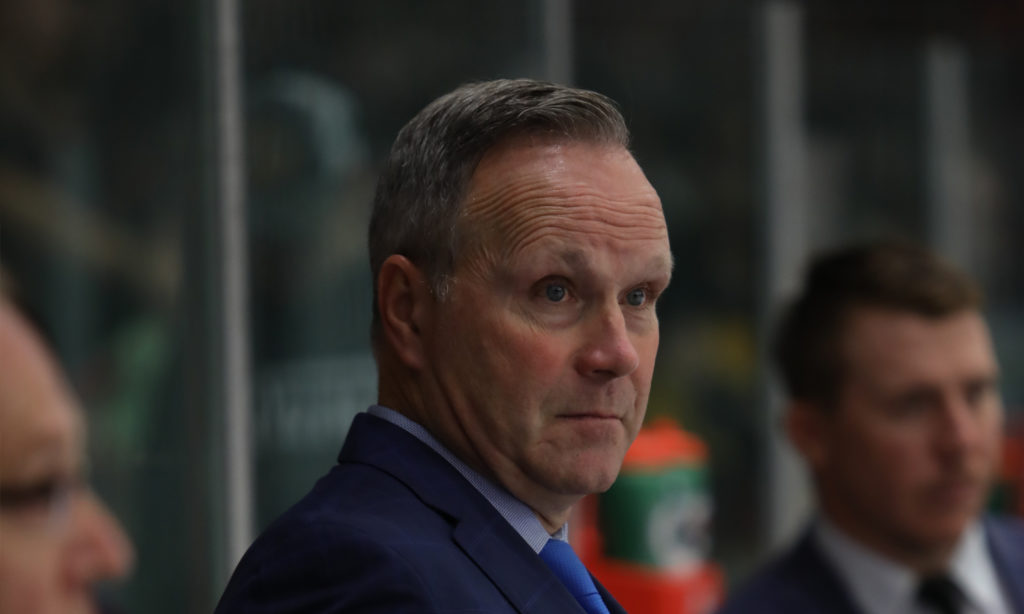 Brandon, MB – The Head Coach of the Brandon Wheat Kings, Dave Lowry, has accepted a position with the Winnipeg Jets of the National Hockey League.

Lowry departs Brandon after one season with the club, leading the Wheat Kings to a 35-22-4-2 record during the shortened 2019-2020 Western Hockey League Regular Season. The Wheat Kings were in third place in the East Division and had already earned a playoff berth when the WHL season was paused and then ultimately cancelled.

“We are extremely happy for Dave to be able to further his career with the Jets,” says Wheat Kings General Manager, Darren Ritchie. “Our group showed tremendous growth under Dave’s leadership and we wish him the best of luck in Winnipeg”.

Lowry leaves the WHL with a head coaching record of 294 wins, 152 losses and 23 overtime losses over seven seasons with the Wheat Kings, Victoria Royals and Calgary Hitmen. He came to Brandon after spending two seasons as an assistant coach with the NHL’s Los Angeles Kings.

“I’m grateful for my time in Brandon and I really believe I’m leaving a team that has a chance to win”, says Lowry. “I’m excited for the Wheat Kings franchise moving forward and I know with the players who are returning, they know how to win”.