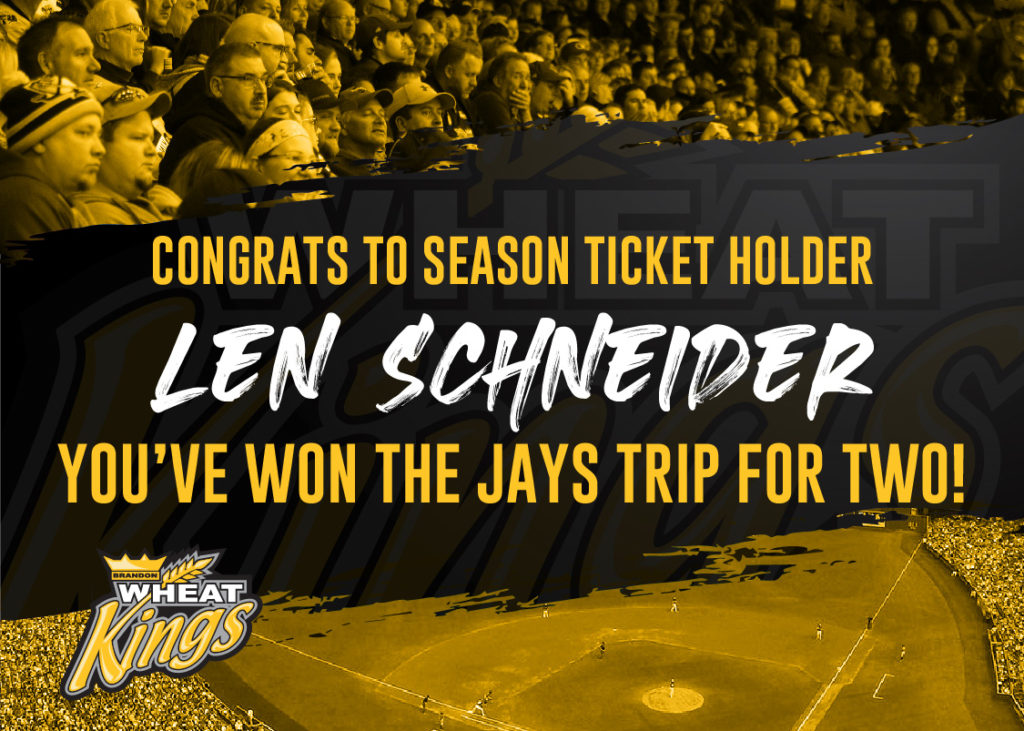 BRANDON, MB – The Brandon Wheat Kings prize deadline for season tickets has passed and the team announced on Monday the winner of the 2022 season ticket holder early prize draw. Congratulations to Len Schneider of Brandon who now gets to select a Toronto Blue Jays game of his choice!  Round-trip airfare to Toronto as well as hotel accomodations are also included.

All season ticket holders who did renew before last week’s prize deadline have secured their seat(s) for next season, as well as guaranteed themselves an exclusive Nate Danielson Bobblehead. Only the first 1,000 season tickets before July 15th will receieve a bobblehead.

For non-renewed or new season ticket holders, seat moving day will be announced shortly when all non-renewed seats will become available.

The Wheat Kings open the 2022-23 WHL season against the Winnipeg Ice on Saturday, September 24th.

We have a WINNER… Congrats to season ticket holder LEN SCHNEIDER who has won a #NextLevel Jays trip for 2!

Reminder to those who haven’t renewed yet – the first 1,000 to renew before July 15th make the cut off for the Nate Danielson Bobblehead! https://t.co/0C11X4cAj9pic.twitter.com/V3TGYBKqKF