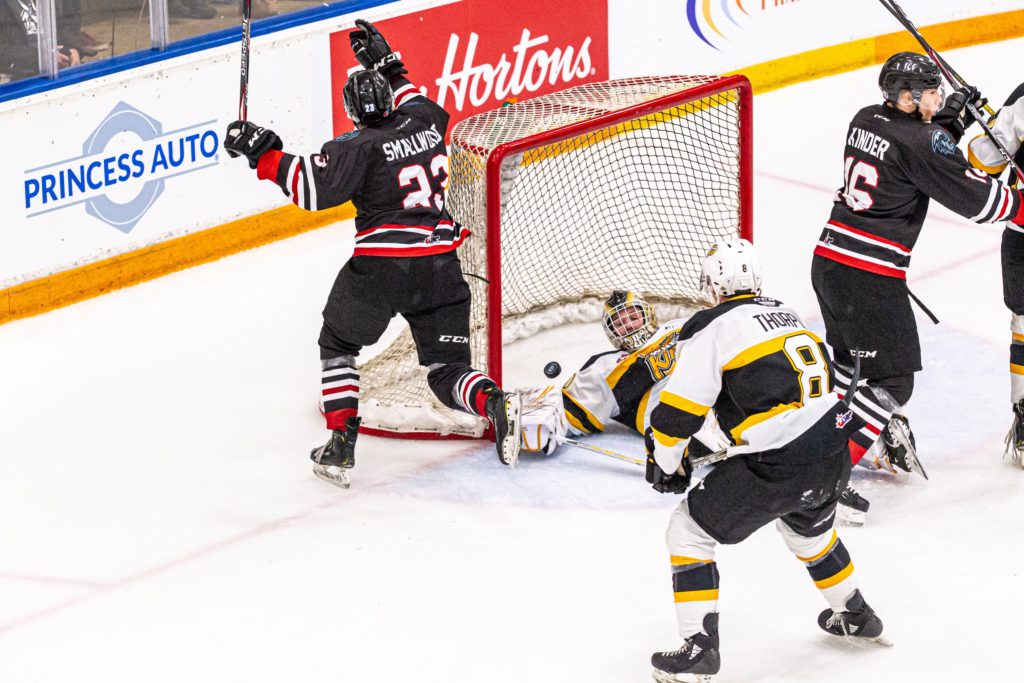 Winnipeg, MB. – The Winnipeg ICE gained a split in their weekend home and home series with the Brandon Wheat Kings Saturday night, scoring three times in the third for a 6-5 come from behind win.

Connor McClennon scored three times for the ICE, who dropped a 7-4 decision in Brandon on Friday night.

With the loss, Brandon’s record slipped to 12-15-1-0 on the season. Winnipeg moved four points up on the Wheat Kings for third place in the Western Hockey League’s Eastern Division.

“When you give up 51 shots, it’s hard to win a hockey game,” Lowry said. “You give up six goals and take eight penalties. We hung around long enough but didn’t get it done.”

Its another “2 for Tueday” which means Keystone concession specials and two for one tickets.

Tickets go back on sale Monday morning at the Keystone Centre box office, by calling 726-3555 or online at keystonecentre.com