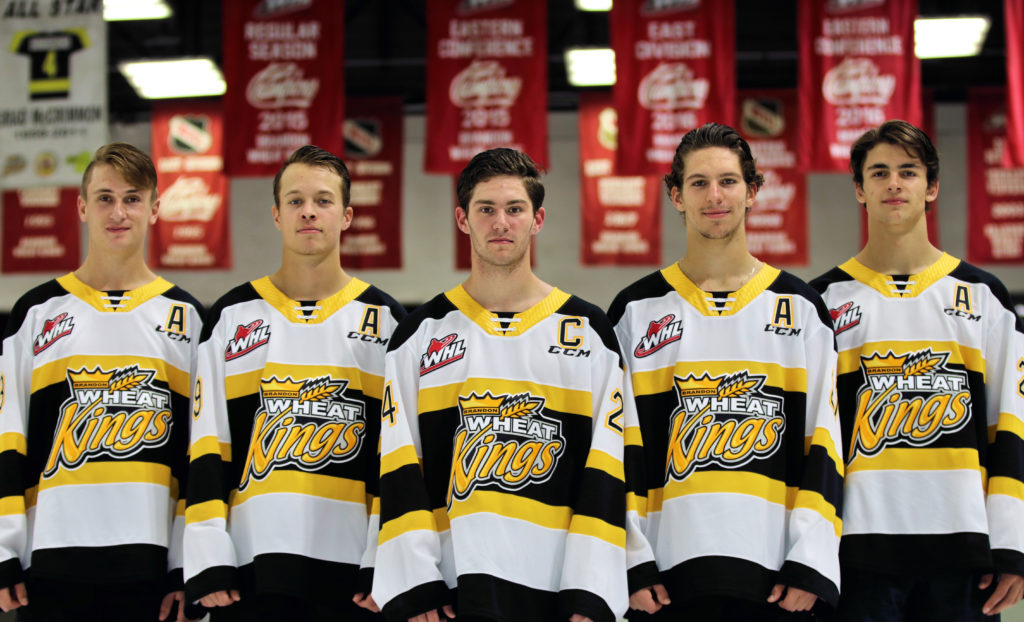 Brandon, Man. – The Brandon Wheat Kings will have a new captain when they hit the ice Friday night to kick off their 2019-20 Western Hockey League season.

Gutenberg is entering his fifth and final WHL season and the 20-year old local product is the last remaining regular from the Wheat Kings 2016 Championship team.

Chosen by Brandon in the fifth round of the 2014 Bantam Draft, Gutenberg is coming off a season that saw him score sixteen goals and 47 points in 67 regular season games.

Brandon’s alternates for the 2019-20 campaign will be defencemen Braden Schneider and Zach Wytinck as well as forwards Luka Burzan and Cole Reinhardt.

“The coaching staff feels that we have a strong leadership group,” says Head Coach Dave Lowry. “The players exemplify everything what we’re about as an organization. They have the respect of their teammates and have shown that they’re capable of taking on more responsibility.”

A former Moose Jaw Warrior, Burzan is entering his second full season in Brandon after scoring 40 goals and 78 points during the 2018-19 season while Reinhardt is entering his fourth WHL campaign.

Schneider and Wytinck meanwhile have played the past two seasons in Brandon.

The Wheat Kings, who went 2-2-0 during their 4-game pre-season schedule, will open up the regular season this weekend with a home and home series with the ICE.