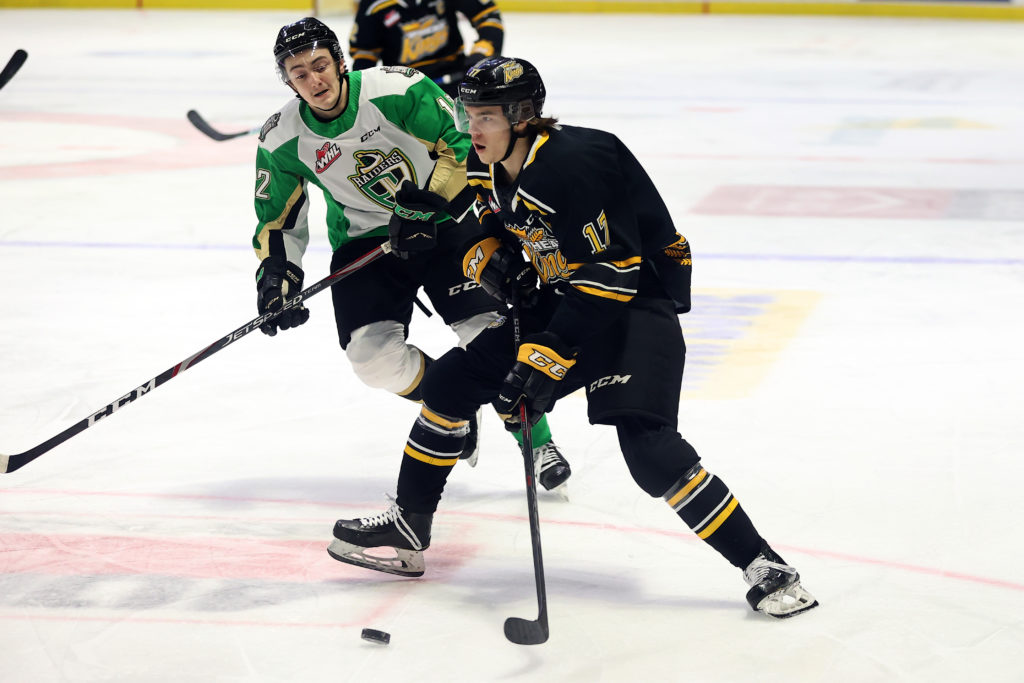 The Wheat Kings extended their winning streak to seven games and took sole possession of first place in the East Division on Monday evening, taking down the Prince Albert Raiders in a tight 3-2 victory at Regina’s Brandt Centre.

For their second game in a row, the Wheat Kings gave up the first goal of the game, this time on the penalty kill with Reid Perepeluk in the box. After the Raiders missed a wide open chance, they collected the rebound and fed it to Justin Nachbaur on the point who put Prince Albert in the lead at the 11:11 mark.

But the Wheat Kings would tie the game before the end of the period. With a minute left, Braden Schneider collected the puck off the boards near the Raiders’ blue line and found Jake Chiasson in the centre of the ice joining the rush. In Chiasson’s attempt to collect the puck, it bounced forward off his stick and under the legs of teammate Riley Ginnell and eventually the pads of Raiders keeper Max Paddock.

Jake Chiasson ties it late in the 1st! #BWK🌾👑 pic.twitter.com/CW5Eo3bybF

The Raiders got the lead back with 10:55 left in the second period when Nachbaur was left all alone in front of Kruger and was able to redirect a pass from Eric Pearce for his second of the night.

The Wheat Kings would respond at 14:12 on the power play via a Nolan Ritchie wrist shot. After holding the zone and waiting for the play to shift, Ritchie walked in and bulged the twine for his sixth goal and 18th point of the season.

Nolan Ritchie ties it up on the PP! #BWK🌾👑 pic.twitter.com/hGXIsTxAgs

In the third it was a big couple of minutes from Ridly Greig that swung the momentum for Brandon. With Riley Ginnell in the penalty box and Vinny Iorio with him on a coincidental minor, Greig blocked two slapshots from the point off the stick of Nachbaur to keep the Raiders’ attack at bay.

On Greig’s next shift on the ice and the Raiders still with a man advantage, Greig got the puck on his stick heading the other way. Ben McCartney busted up the ice to form a partial odd-man rush but Greig elected to keep and shoot, putting one low past Paddock for the short-handed game winner.

“Ben got the puck and he passed it up to me,” said Greig. “It was kind of a long 2-on-1 and at first I was kind of thinking ‘pass’ the whole way, and then ended up deciding to shoot it five-hole”.

🎥 WHL Highlight of the Night 🎥
April 5, 2021@Senators prospect Ridly Greig of the @bdnwheatkings gives it all on the penalty kill – blocking shots & scoring shorthanded.#WHLHoN pic.twitter.com/pqirF2F9oW

The short handed marker is the fifth of the season for the Wheat Kings, tying them with the Portland Winterhawks for most in the league.

Wheat Kings head coach Don MacGillivray said the penalty killing efforts by Greig on the evening is indicative of the type of player Greig is.

“He’s showing his leadership. That’s our top player getting in the lane to block the shot from a guy who shoots the puck as good as anybody in this league. So for him to take two bullets for the team, that’s what team players do. And then he’s such a good player that he saw a chance to go and he made it work and that’s why he’s on the penalty kill. He’s a guy who can make a play for you.”

The Raiders would make a push in the final minutes of the game with Paddock on the bench and an extra attacker on the ice, but Ethan Kruger stayed solid for the Wheat Kings, finishing the game with 23 saves and his eighth win of the season.

“I couldn’t be more proud of our team tonight,” said MacGillivray following the win. “We’ve had two real tough games here and P.A. was a very good team tonight. They played a playoff style game and we matched it. I thought we found a way to get timely goals and obviously get a couple big kills and then the shorty to win it but our older guys, our leadership group tonight, was outstanding and our goaltender made some big saves at key times. It was a team effort here tonight and like I said, I couldn’t be more proud of this group.”

Ritchie leads the Wheat Kings with 6 goals, 12 assists and 18 points as he continues to find ways to contribute to their offence. Held off the scoresheet just twice so far this season, he now ranks seventh in the league and third in the division for points. Greig said Monday’s game was no different for Ritchie’s heady playmaking.

“He’s definitely a power play specialist. He’s one of the smarter guys in the league, he’s definitely up there. You can just see when he has the puck he controls the ice and slows the game down a little bit, and you could definitely see he made a lot of good plays today”.

The Wheat Kings get a day of rest before matching up against the Swift Current Broncos on Wednesday night at 9 PM as they look to extend their winning streak to eight games. 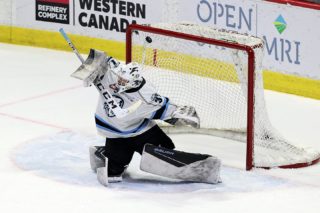 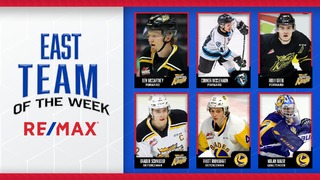 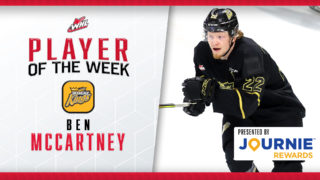 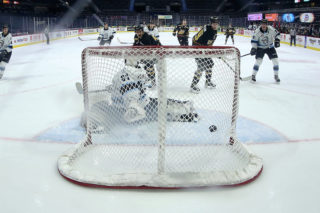 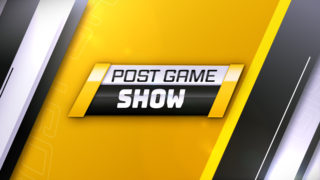 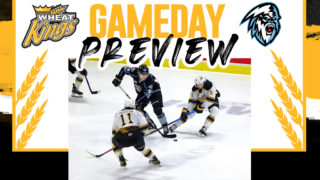