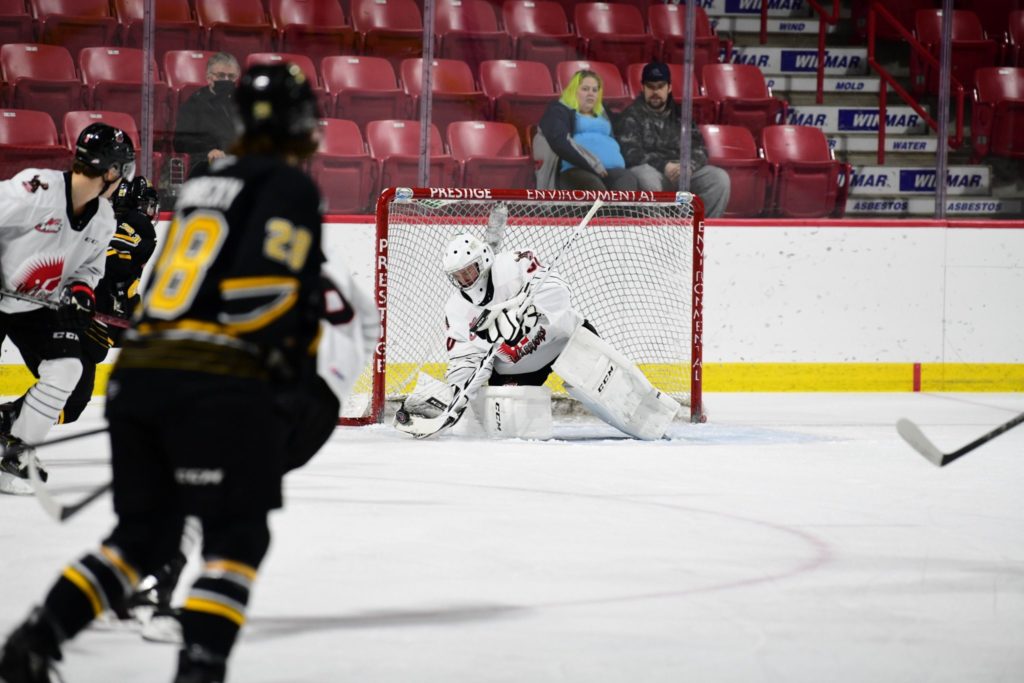 Moose Jaw, SK – For the first time since March 6th, 2020 the Brandon Wheat Kings ventured into new territory, taking on the Moose Jaw Warriors in the first of three WHL Pre-season games.

The Warriors jumped out to an early lead and never looked back on route to a 3-1 final at Mosaic Place on Tuesday night.

Jagger Firkus, Riley Niven and Robert Baco scored in a span of five minutes to put the Warriors in front early.

The Wheat Kings found some life in the second period, but couldn’t get one past Jackson Unger, who stopped 18 of the 19 shots he faced.

Nick Jones made his Wheat Kings debut between the pipes and stopped 14 of 17 shots he faced, while Carson Bjarnason kicked aside 22 shots in his WHL debut.

Vinny Iorio finally snapped the shutout bid late in the third period, with his first of the pre-season. Chad Nychuk and Teydon Trembecky picked up the assists.

The Wheat Kings next action is next Thursday, September 23rd when the Winnipeg ICE come to town for the first of back-to-back meetings.