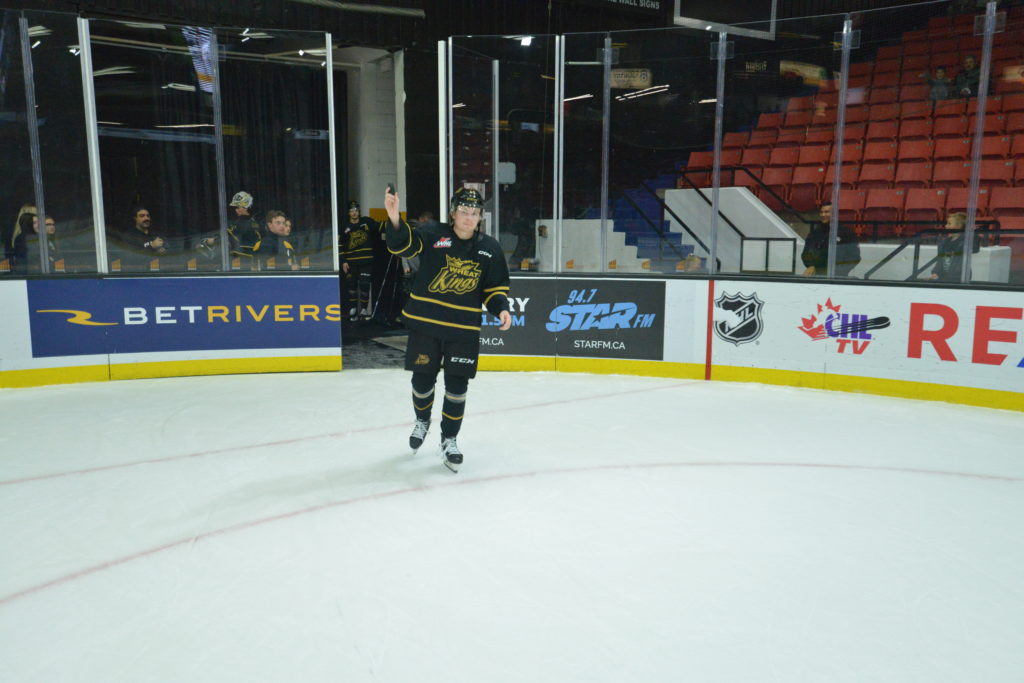 The new look top line of Nolan Ritchie, Jake Chiasson and Calder Anderson would go to work with Anderson taking a feed from Chiasson scoring his first goal as a member of the Wheat Kings to make it 2-0. The Warriors would cut the lead after a Marek Howell shot from the point would go off a Wheat Kings skate and in to make it 2-1.

The third period the Wheat Kings would take it into next gear with Evan Groening scoring his 1st WHL goal to make it 3-1 and then Jake Chiasson would finish off with his 1st of the year of a pass from Calder Anderson to make it a 4-1 final.

Wheat Kings coach Don MacGillivray was pleased with his teams effort, “I thought we got better as the game went on. I thought we played much better in the 2nd period and even better in the third and we got rewarded with some goals. We were able to roll 4 lines and 6 defense effectively”.

The Wheat Kings now turn their attention to the Regina Pats who they host next Wednesday. Fans can catch the game on Q Country 91.5  starting at 6:30 PM MB time.