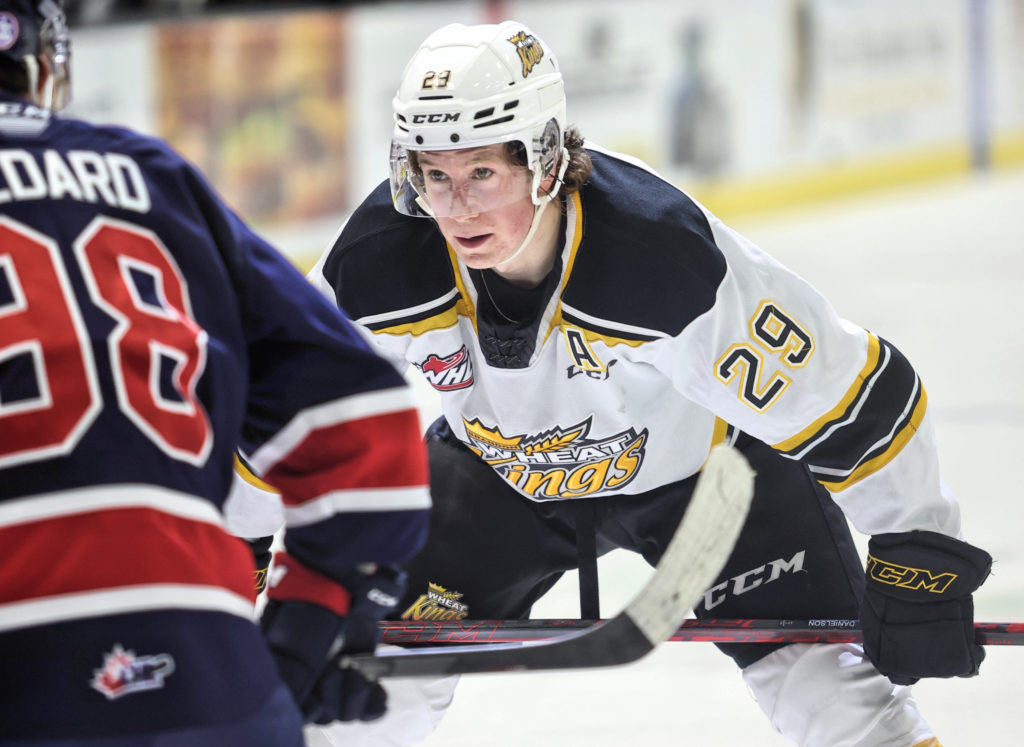 Bedard is Back: Last week it was Brayden Yager VS Nate Danielson. This week it’s Connor Bedard VS Nate Danielson. The Wheat Kings were able to shut down Yager last Saturday not allowing a single point keeping the top line of the Warriors at bay. This time around the task is even more difficult with the WHL’s leading scorer and top prospect Connor Bedard making his way to Westoba Place.

Leave it to the Vets: The new look line of Nolan Ritchie(‘02), Calder Anderson(‘02) & Jake Chiasson(‘03) combined for a total of 7 points last Saturday night and led the way offensively. Brandon native Calder Anderson scored his first goal as a member of the Wheat Kings against his former club.

The 200 Foot Player: Despite going pointless last weekend, Wheat Kings top prospect Nate Danielson proved his worth in his own zone shutting down the very dangerous top line of the Moose Jaw Warriors.