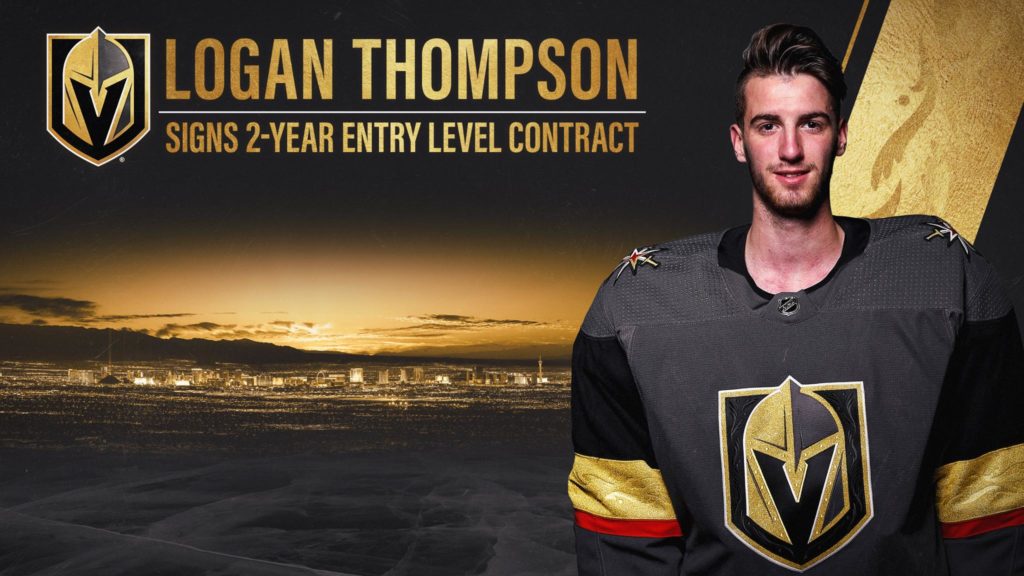 Thompson played 32 games for the East Coast Hockey League’s South Carolina Stingrays last season posting a 2.25 Goals Against average and a .929 Save Percentage.

Before Thompson made the jump to professional hockey last season, he spent the 2018-19 season playing university hockey for the Brock Badgers where he was named the Ontario University Athletics Rookie of the Year, Goaltender of the Year and was named to the league’s First All-Star Team.

The Calgary, Alberta native will now join an NHL organization with a familiar face as Thompson played for Brandon when Kelly McCrimmon was the head coach and general manager of the Wheat Kings before his current role as general manager of the Golden Knights. Thompson spent parts of four seasons playing with the Wheat Kings including the campaign that won the 2015-16 WHL Championship.