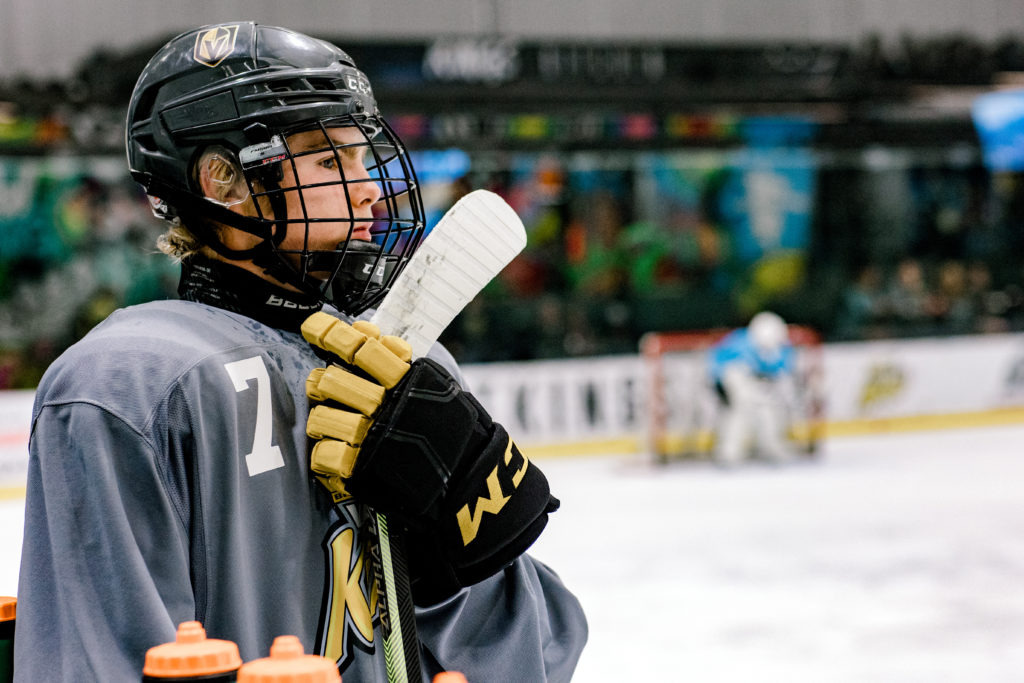 As Brandon Wheat Kings prospects camp began Friday, a couple of fathers brought some unique insight into what may lie ahead for their sons.

Darren Van Oene and Ryan Craig are both former Wheat Kings captains, and are enjoying the chance to share a Western Hockey League experience with their boys, Brendyn Van Oene and Carson Craig.

The Van Oenes were in Philadelphia at a hockey tournament on draft day last Thursday and weren’t sure what to expect. Brendyn was ultimately taken by Brandon in the ninth round.

“When we saw his name come up with the Brandon Wheat Kings, he was smiling from ear to ear,” Van Oene said. “It was a pretty proud moment for him. He was pretty excited about it, and for myself, I had a pretty good idea we would be coming back here at some point.

“I didn’t know it would be this quick but it was pretty neat to see him light up. He thought it was pretty cool that the team his dad played for, he got selected by and is now part of.”

The Wheat Kings prospects can be seen in action at J&G Homes Arena in intrasquad games today at 3:30 p.m., and on Sunday at 9 a.m. Camp wraps up Sunday morning when each of the 29 players undergoes an exit meeting with team staff.

The players will also have practices, skills sessions and fitness testing, with a presentation to parents about the franchise, the league and its educational policies. Van Oene played four seasons with Brandon between 1994 and 1998, skating in 275 regular season and playoff games and winning a league title in 1996. After being drafted by the Buffalo Sabres, he had a seven-year pro career, which he spent mainly in the American Hockey League. He retired after the 2004-05 season, and has served as a tugboat captain but now works mainly in the company’s office helping to run the business in Shawnigan Lake, B. C.

“It’s amazing,” Van Oene said at J&G Homes Arena on Friday evening. “This facility here is second to none. I’m just blown away by the way everything has transpired here in the last little while. We got a tour of the dressing room on Wednesday and the facility that the academy uses here and the Wheat Kings as well.

The youngster was in school writing his final exams so he was actually the last member of the family to find out he had been drafted. Ryan and his wife Jaydee were obviously proud of their son, but he added it’s not about him now.

“Obviously there are memories and all that stuff that goes with being a Brandon Wheat King that are very special to myself and my family,” Craig said. “That’s one of the reasons we’re excited for Carson, but for him, this is going to be his journey.”

He skated in 198 National Hockey League games over eight seasons with the Tampa Bay Lightning, Pittsburgh Penguins and Columbus Blue Jackets. He retired after the 2016-17 season.

Craig, who serves as an assistant coach with the Vegas Golden Knights, still spends his summers in the area. 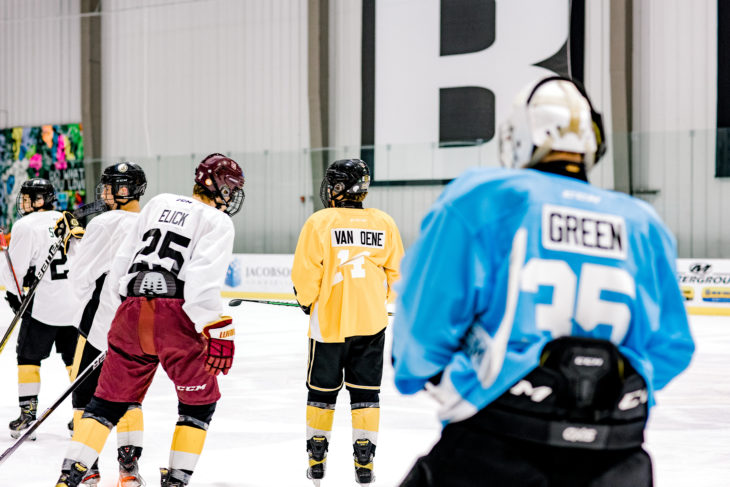 Both men say their WHL experience had a profound impact on them.

“I look back and think if my son moved away from home at 16, holy smokes, that’s pretty young to move away, and to move away as far as I did,” Van Oene said. “I grew up in Edmonton so travelling all the way out here, my parents would only be able to make it out the odd weekend and when we were travelling in Alberta. That’s the only time you really get to see your parents.

“There is no one there to really coddle you and take care of you. The organization did a tremendous job taking care of their players and my billet family was unbelievable, but it’s just being away from home. You experience stuff most 16-yearolds aren’t going to experience. You’re out on the road and playing with men.

“… It happens pretty quick. If you don’t have thick skin or are not able to push through those adversities at a young age, you’re not going to survive. It forces you to get thick skin and mature real quick.”

Craig was raised in Abbotsford, B.C., so it was an even longer way from home for him.

“When I was drafted, Brandon was the farthest possible place I could go,” Craig said. “My mom is from Dauphin so we had that familiarity with Manitoba. We used to come out here every summer. I was lucky enough to live with Mike and Stacey Corrigan for five years and I met my wife Jaydee here and her family.

“For me, the Western Hockey League experience was a big deal and continues to be a big part of what shaped me in my life.”

He noted cellphones have profoundly changed the equation, because in his day, he would hope the batteries in his CD player would last to wherever the team travelled. The bus was its own little, confined world.

“You leave home going into Grade 11 and move in with a new family, and there are four of you that are 16 on the team,” Craig said. “That’s what my experience was, balancing hockey and school and everything that comes with it. It’s really neat, but to go through it with a group of guys, it forces you to lean on each other and they become some of your best friends for the rest of your life. That’s what it is for me and Brett Thurston.

“But you do grow up. Sixteenyear- olds aren’t usually hanging around with 20-year-olds so there are things you go through that help shape you as a person.”

And it isn’t always easy, especially for a teenager a long way from home.

“There are lots of bumps along the way,” Van Oene said. “It’s not all roses. It’s fun to look back and laugh about all the good times but there are some hard times. The kids along the way will learn that.”

He added everyone’s path is different, but he wouldn’t trade the one he took for the world. Van Oene still looks back fondly at his time as a Wheat King.

“It was some of the best years of my life,” Van Oene said. “I had four years here, coming in as a 16-year-old. It was a firstclass organization back then and it looks like it’s a first-class organization still. It’s a pretty special place to play. There is a lot of history here, and as far as playing in the WHL, I can’t think of a better place.”