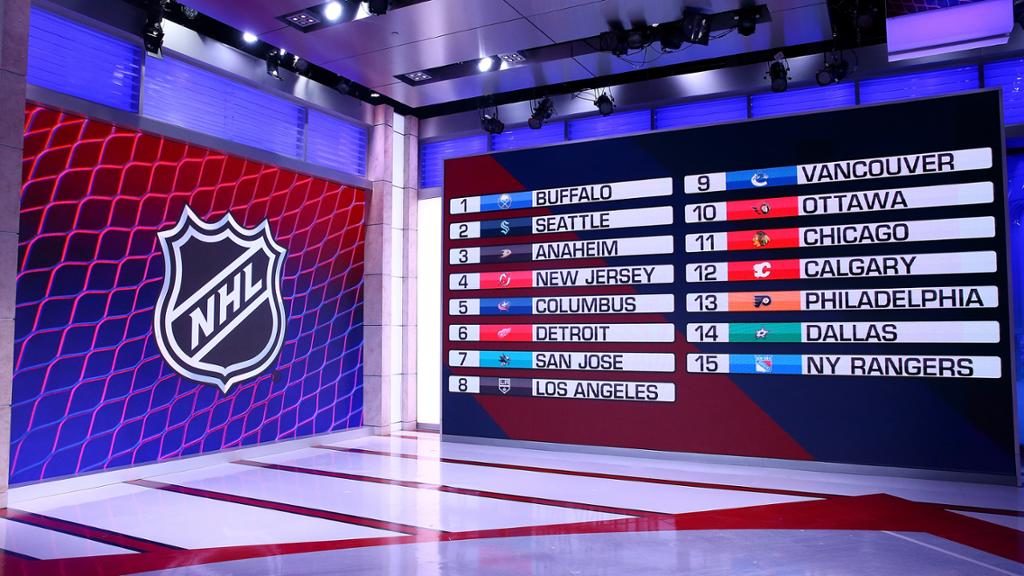 Brandon, MB – A handful of Brandon Wheat Kings  could hear their names called as the National Hockey League holds its annual entry draft on Friday and Saturday.

The event, which will be held entirely online, will feature the first round on Friday at 7 p.m., with rounds two through seven Saturday starting at 10 a.m. In total, 224 players will be picked because the Arizona Coyotes forfeited their first-round pick due to illegal pre-draft physical testing of prospects in 2020.

Since the pandemic has shuttered the annual combine that put players through physical testing and gave them a chance to have in-person meetings with teams, it’s now done via Zoom calls or by phone.

Usually, there are several people listening on the other end of the call.

“They’re pretty interesting,” Wheat Kings Forward Jake Chiasson said. “It’s some of the best hockey watchers in the world so I learned a lot about my game through them. Any time you can talk to people with that standard and that high level of hockey, it’s a really cool experience. I’m taking every single call in and learning from it.”

While some teams offer players feedback on their game, others concentrate on getting a sense of the teenager.

“Teams moreso want to look into the person, not the player,” Iorio said. “They know a lot about the player already but they really want to get some insight and feedback on who you are as a person and your character and your work ethic.”

Here’s a brief look at all five Wheat King players ranked by NHL Central Scouting and the seasons they had coming into the draft.

The six-foot-one, 165-pound forward from Abbotsford, B.C., turned a corner this season, and scouts certainly noticed.

In his second season with the Wheat Kings, the right-handed shot became an important contributor on offence, putting up nine goals and 11 assists in 23 games. His goal and assist totals both eclipsed what he earned in 60 games as a 16-year-old rookie.

“I’m an older, more confident player now,” Chiasson said. “There were so many changes coming into Brandon my first year. It was a pretty whirlwind experience. Every day was new for me and I feel it was the same way on the ice.

“Coming out of the hub, I’m an older guy and I’m being looked at as a bit of a leader on the team and that helped with confidence as well. I knew I had to step up and be at the best of my ability to help the newer, younger guys coming in. I’m excited for my third year.”

The spot he had in the lineup showed the esteem the organization has for the personable youngster. He settled in on Brandon’s top line with Ridly Greig and Ben McCartney, and pushed himself to be better.

“I want to demand a lot out of myself,” Chiasson said. “I wasn’t going to settle for anything less than where I wanted my game to be. I was happy obviously to get to play with Rids and Carts. It was really good for me and good for my game to grow. I felt the three of us gelled well together. It was an experience I’m grateful for.”

Chiasson works out at home with a group of guys including Winnipeg Ice forward Michael Milne and Spokane Chiefs defenceman Graham Sward, who he credits with helping to push him.

On Saturday, he is going to have a couple of his close friends over to watch the draft with his family.

“I’m just going to have a fun day,” Chiasson said. “I hope obviously that everything goes well. I would be so grateful to land on any team. If everything goes well, I want that experience to be something all my friends and family can enjoy just as much as me because they’ve been just as important as the hockey. They’ve always been there by my side.”

Not surprisingly, NHL scouts have enjoyed the chance to visit with the big defenceman, who stands six-foot-three and weighs 204 pounds.

The outgoing right-handed shot from Coquitlam, B.C., has spoken with virtually all the teams.

Iorio is the third highly touted Wheat King in the last five years who will enter the draft after three WHL seasons because of a late birthday. The others were Nolan Patrick, who was taken by the Philadelphia Flyers second overall in 2017 — and traded to the Vegas Golden Knights via the Nashville Predators on Saturday — and Braden Schneider, who was selected 19th overall by the New York Rangers in 2020.

Iorio was born on Nov. 14, which means he played two months in the league as a 15-year-old rookie.

“I’m very analytical with everything and I like to grab bits and pieces from different players in the NHL and I look forward to implementing them into my game. I really think I’m more well rounded than I was when I was a little kid as a 15-year-old in the league. It just comes with confidence and growth and getting older.”

If you’ve met his family, it’s no surprise they will share the draft experience on Saturday.  Anything different would be unimaginable.

“We’re an Italian family and we’re very family oriented,” Iorio said. “I think it will be really good just to lay low at home and really just enjoy the experience with my sister and my parents and my grandparents. I know it will be a very special day for everyone but it’s the only beginning of my hockey career. The draft is only the first part and the real hard work comes afterwards. That’s what I’m really looking forward to.”

The six-foot-three, 185-pound forward from Calgary has shown a steady progression since joining the Wheat Kings at the start of the 2019-20 season after a trade from the Kamloops Blazers.

In the hub, the left-handed shot contributed four goals and five assists in 24 games in a more prominent role with the team in his 18-year-old season. Ginnell was born on Oct. 10, so this is his first year of eligibility for the NHL draft.

The feel-good story of the 2021 season for the Wheat Kings was the return of the Brandonite, who suffered a badly broken leg in November 2019.

In his return to the ice, the five-foot-nine, 178-pound forward led the team in scoring in the early going, and eventually settled for fourth place with 10 goals and 17 assists in 24 games.

He played the point on the first power play alongside Braden Schneider, and the tandem was deadly, combining for 29 points on the man advantage. Ritchie also contributed three game-winning goals.

Ritchie just completed his 18-year-old season, which means this is his second crack at the draft.

In his first season as the unquestioned starter following the graduation of all-star netminder Jiri Patera, Kruger was remarkably consistent.

The six-foot-one, 178-pound netminder from Sherwood Park, Alta., posted a 2.30 goals-against average and a .915 save percentage as he shared the crease with Connor Ungar, who was traded after the season. It was Kruger’s third year with the club after backing up Patera for his first two.

Kruger, who has a Sept. 27 birthday, enters the draft following his 19-year-old season after being passed over a year earlier in his first eligibility.

Ty Thorpe, Mason Ward, Logen Hammett and Bret Hyland are also eligible for this years NHL Entry Draft, but were not ranked on the final list compiled by NHL Central Scouting.