EDMONTON TAKES BATTLE OF THE KINGS 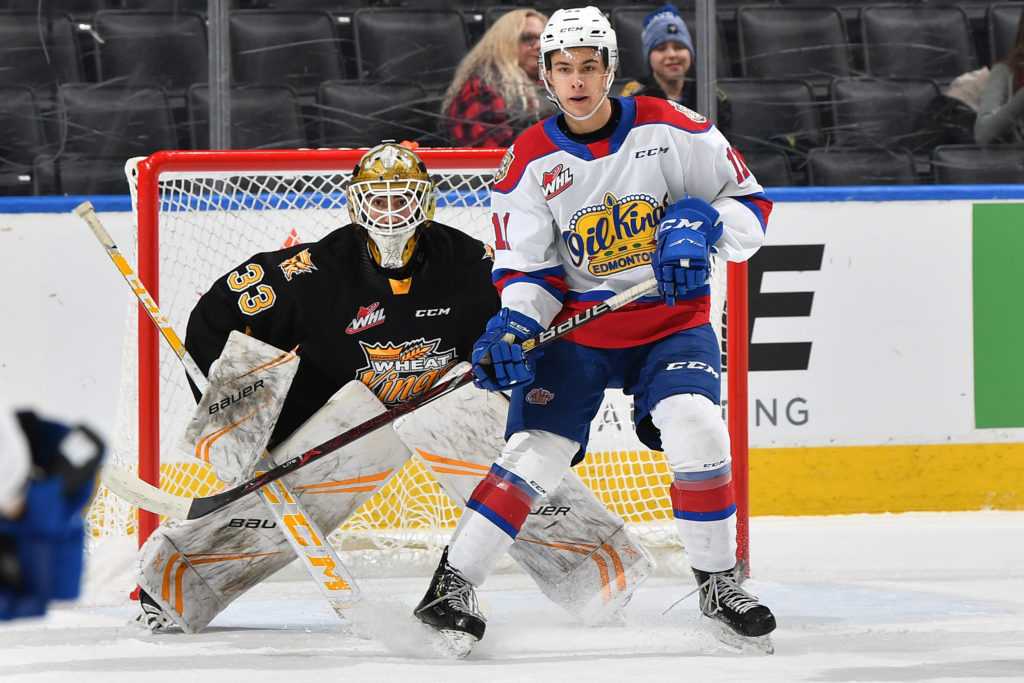 (Courtesy of Branden Crowe, Q Country 91.5) Edmonton, AB – For the first time since December 28th, 2019 the Brandon Wheat Kings found themselves on the losing end of a hockey game.

The Edmonton Oil Kings moved into a tie with Portland for top spot in the WHL with a 6-2 win at Rogers Place on Tuesday night.

Brandon opened the scoring for the 26th time this season, but the Oil Kings scored four unanswered and never looked back on route to the victory.

“We made some mistakes tonight,” said Assistant Coach Don MacGillivray. “We didn’t move the puck well from the back end and we didn’t forecheck as well as we can. They are a good hockey club and they made us work for everything we got.”

Riley Sawchuk and Vladimir Alistrov had two goals each for the Oil Kings, while Matthew Robertson chipped in with a goal and an assist from the back end.

“We can and we have executed much better than we did tonight,” added MacGillivray. “There are lots of areas to improve on. Our guys have played extremeley hard to put themselves in this position in the Division and we aren’t going to just sneak up on these teams in Alberta. We’ have to be ready to play in big boy games and be ready to go and be willing to go to hard areas.”

The Wheat Kings failed to convert on three powerplays and are now 6 for 44 on the man advantage in the month of November, a stat that the coaching staff says can sometimes tell the wrong story.

“We had some good looks on the powerplay tonight, but we just aren’t burying it right now,” he added. “Sometimes that is a reflection of your 5on5 play as well. That’s the way special teams goes sometimes. They roll hot for a while and then other times you can’t put the puck in a soccer net. The execution needs to be better on the PP as well as 5on5.”

“Red Deer is always a hard team to play against,” said MacGillivray. “They work hard, the forecheck hard and they make it tough to get to the inside. We have to do exactly what Edmonton did to us tonight and get pucks to the goaline early, and make them play 200 feet. We will quickly put this one behind us and get back to our game tomorrow.”