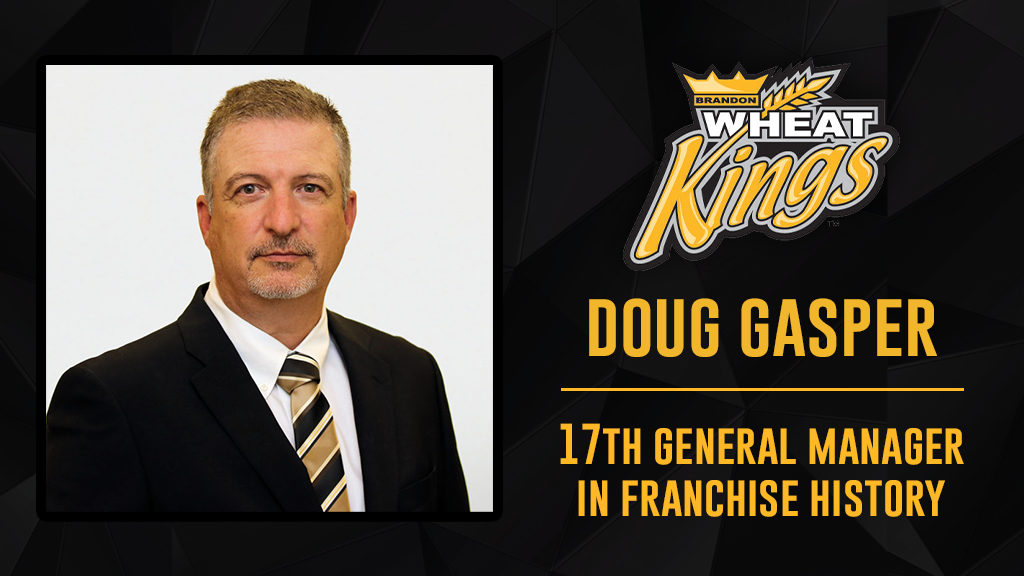 The Wheat Kings have named Doug Gasper the 17th General Manager in franchise history to replace Ritchie at the helm of their hockey operations. Gasper’s been the Assistant GM of the Wheat Kings since 2019.

Ritchie joins the Leafs after spending the past 14 seasons with the Wheat Kings as an assistant coach, director of scouting and general manager. He also played four seasons with the club from 1991-1995.

“I’m really excited for this next step and I’m also really excited for Doug to take over as General Manager of the Wheat Kings,” says Ritchie. “It’s going to feel a little different for me because I’ve been involved with the Wheat Kings for such a long time and I hold the club so close to my heart. But we’re currently enjoying a strong season and fans can expect a solid team moving forward.”

Ritchie spent nine seasons from 2007 to 2016 as an assistant coach before taking the reins of the Wheat Kings’ scouting operations in 2016. He became the 16th GM in franchise history in July of 2019.

Gasper, a native of Rosetown, Saskatchewan, joined the Wheat Kings scouting staff in 2019 after spending the previous two seasons as a Western Canadian amateur scout for the NHL’s Vancouver Canucks.

A former area scout with both the Western Hockey League’s Prince Albert Raiders and Saskatchewan Junior Hockey League’s Nipawin Hawks, Gasper served as the Moose Jaw Warriors’ director of scouting from 2015 to 2017. In all, he spent six seasons with the Warriors and was instrumental in leading the club to an Eastern Division pennant in 2018.

“I’m very excited for this new role with the Wheat Kings,” says Gasper. “I’d like to thank the ownership group for trusting me to be the general manager of such a storied franchise and I look forward to continuing the success this club has had for so many years. I’m really excited about the team’s future.”

Gasper currently resides in Saskatoon and will move to Brandon to begin his new role in May. A number of the Wheat Kings’ current prospects have been scouted by Gasper and he looks forward to tracking their continued development.

“We are happy for Darren to be able to further his career with the Leafs,” says Wheat Kings Owner and Governor Jared Jacobson. “Our focus is on developing players to advance to the next level, and as an organization we have to understand our staff want to reach their career goals through the Wheat Kings as well. This is a tremendous opportunity for Doug to take over the reins of our Hockey Operations and we are excited for him. Everyone you talk to in our organization and the industry loves working with Doug and has the utmost respect for him as a person and as a professional.”

The Wheat Kings have six more games remaining in their 2020-21 season which is being played exclusively out of Regina’s Brandt Centre. They are tied with the Saskatoon Blades for first in the East Division with 28 points. Their next game is Saturday at 5 pm against the Moose Jaw Warriors.