Danielson Off to Hockey Canada’s U18 Camp 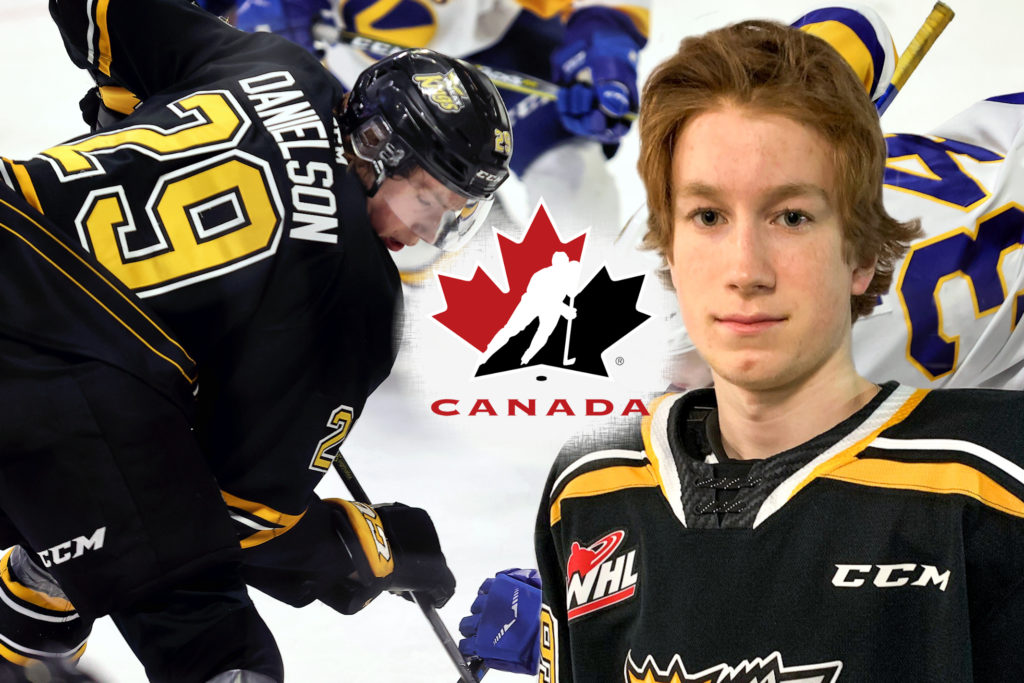 CALGARY, Alta. – Forty-five of the nation’s top under-18 players have earned invites to Canada’s National Men’s Under-18 Team summer development camp, July 25-Aug. 4 at the Seven Chiefs Sportsplex on the Tsuut’ina Nation near Calgary.

The players include four goaltenders, 15 defencemen and 26 forwards. Of the 45 invitees, two won a gold medal with Canada’s National Men’s Under-18 Team at the 2021 IIHF U18 World Championship in Frisco and Plano, Texas (Bedard, Mateychuk) as well as Brandon Wheat Kings forward Nate Danielson.

“This stage of our Summer Showcase is about bringing together the top under-18 players in Canada to work and learn from an elite-level coaching staff, giving them the necessary skills for their hockey development to grow and succeed,” said Alan Millar (Tottenham, Ont.), director of player personnel for Hockey Canada. “We have an opportunity to connect with the players through on- and off-ice sessions to give them the tools that will only enhance their skill set as they advance through our program and prepare for the upcoming season.”

Hockey Canada has also named the coaching and support staff that will work with the players throughout camp, including a number of staff that have previously been involved at various levels of the Program of Excellence (POE).

The summer camp is typically used to evaluate and select Canada’s roster for the Hlinka Gretzky Cup, but Canada will not participate in this year’s event due to the ongoing COVID-19 pandemic. 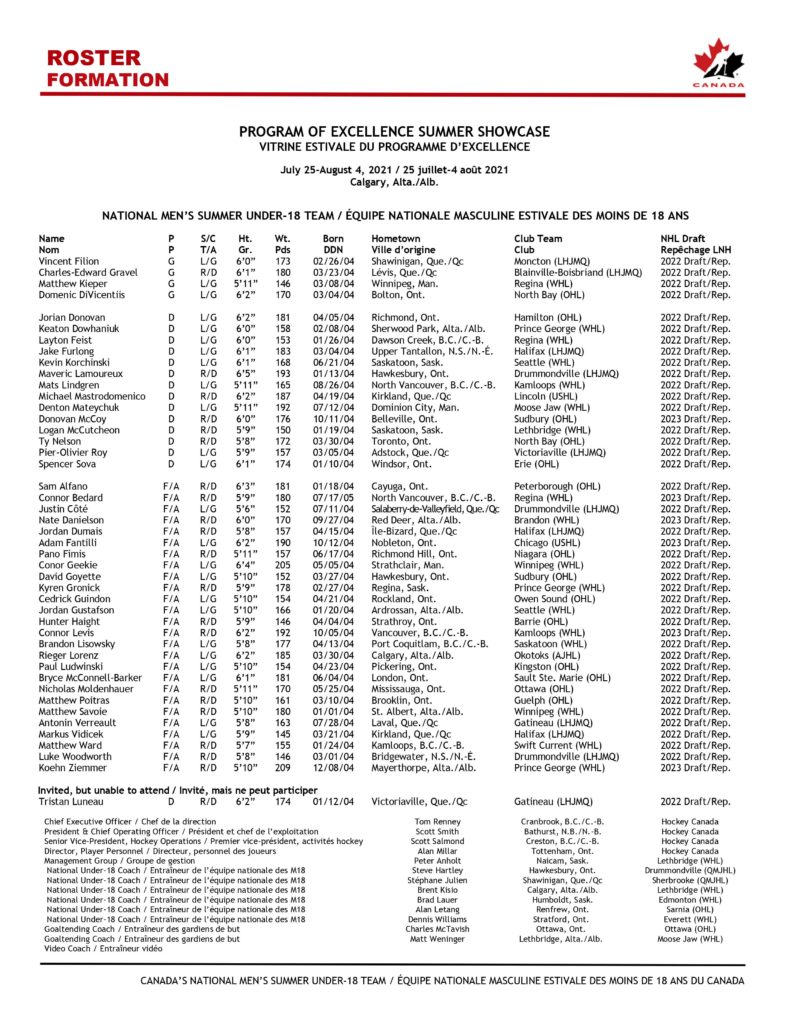