CLAGUE EAGER TO TAKE NEXT STEP TO THE NHL 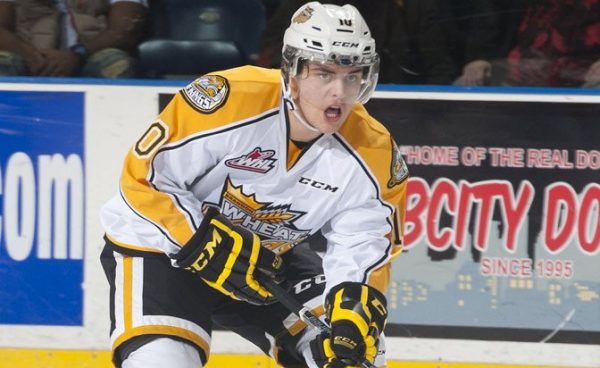 (Courtesy of Perry Bergson, The Brandon Sun) — Kale Clague has had a taste of the National Hockey League.  Now he’s ready for the full buffet.

The 21-year-old defenceman, who spent three-and-a-half seasons with the Brandon Wheat Kings from 2014 to 2017, made his NHL debut with the Los Angeles Kings against the Buffalo Sabres on Dec. 21, 2019.

“It was really exciting,” Clague said. “It was pretty fast. From the notice I got that I would be playing to my family coming out, it was a really quick period of time. I’m lucky that my mom and dad and her husband and my girlfriend were able to make it. It was one of those things you dream about your whole life, making your debut, and I hope in the near future that I go to stay.”

The Kings selected Clague in the second round of the 2016 draft with the 51st overall, but he was the first player L.A. took that year after earlier trading their first rounder.

He has spent the majority of the last two seasons in the American Hockey League with the Ontario Reign, which plays out of Ontario, Calif., just east of Los Angeles.

In 101 AHL games, he has 15 goals, 39 assists and 60 penalty minutes with a plus-minus of -34 on the Reign, which missed the playoffs in the 2018-19 season but were on track for a post-season berth this year prior to the season being cancelled.

Clague admits his game had to change when he started in the pro ranks.

“I think for me personally it was just kind of the strength and the defensive side of the game that I continue to work on,” Clague said. “I think there were some things in junior hockey that I really got away with based off my offence and my skating that I could get away with in the D-zone that obviously aren’t going to fly in pro.

“I think it was adjusting to defending. I think I’ve done a good job and have really improved defensively and I’ll obviously be looking to make the jump to the NHL full time next season.”

A big part of the move to the pro ranks is the transition from having a billet mom or his own mother looking after him. Fortunately his girlfriend moved down to California with him, which he said has been a tremendous help as he finds his way.

“It’s been pretty easy for me because I have a girlfriend,” Clague said. “We’ve been together for a few years now and she came out with me last year in my first season and was living with me out there, and the same again this season. She’s been such an awesome help. She’s not my chef, she doesn’t let herself do that, but she’s pretty awesome at making lunches and dinners for us, and healthy ones too, so I have the nutrition I need to be playing well.”

Clague was injured in his rookie season in the WHL in 2014-15, but came into his own skating with defensive partner Mitch Wheaton in the back half of the 2015-16 season as the Wheat Kings went on to capture the league title.

He played on Canada’s world junior hockey championship squad in both 2017 and 2018, was named to the Eastern Conference first all-star team in 2016-17 and was named the top defenceman in the league in the 2017-18 season.

But Clague’s tenure with the Wheat Kings will continue to pay dividends long into the future in another way.

On Jan. 10, 2018, he was sent to the Moose Jaw Warriors for first-round bantam draft picks in 2019 and 2021, a second-round pick in 2018 that was used to select top prospect Brett Hyland, and two players, forward Luka Burzan and defenceman Chase Hartje. Hartje was dealt to the Kootenay Ice on Jan. 10, 2019 for a third-round pick in 2019 that was used to take prospect Owen Harris of Wawanesa.

The first-round pick in 2019 was used on highly touted prospect Rylen Roersma.

If Brandon hangs onto the first-round pick in 2021 and that player remains until his overage season, Clague will have an impact on the 2026-27 Wheat Kings team, nine years after he played his final WHL game.

Clague’s focus is now on becoming an every day NHL player. He played four games for the Kings between Dec. 21 and Jan. 4 during the callup, drawing one penalty, posting a plus-minus of -2 and spending a high of 17 minutes and 57 seconds on the ice with 20 shifts in the Buffalo game.

He said it was a thrill to skate on NHL ice for the first time.

“Definitely when you step out there and you actually think about what you’re doing, it was pretty cool,” Clague said. “Thinking back to all the hard work you put in through your life and imagining that moment, it’s pretty cool to sit back and think ‘Wow, I’m playing in the NHL right now.’ You definitely have those little moments here and there but once the game gets going you kind of settle in and you remember it’s hockey and you’re able to just play. It was obviously a lot of fun with a big crowd and a lot of great players. It was awesome.”

While the jump from the WHL to the AHL was big, Clague said the move up from the AHL to the NHL is even more daunting.

“Guys are so much more skilled and guys are even stronger in the NHL,” Clague said. “The speed is definitely a little higher but I think skating is my strongest asset so as the game went on, I think I fit into the speed pretty well. I’m excited to have a good summer and prove I’m ready to be a full-timer next year.”

Clague is living in Calgary this summer, and staying busy by working out a lot, shooting pucks, rollerblading and riding this bike. He’s also watching some TV shows and movies like most people, playing board games and walking his dog.

“It’s awesome,” Clague said. “I made such great memories and some of my best friends are from that Brandon team like Kaspy (Tanner Kaspick) and (Nolan) Patrick and I keep in touch with a few other guys. I couldn’t have drawn it up any better than when I was 14 and got drafted there on how it would end.

“It’s pretty cool to look back on those times and think about how much fun we had every day.” 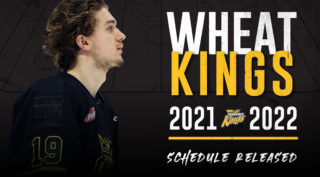 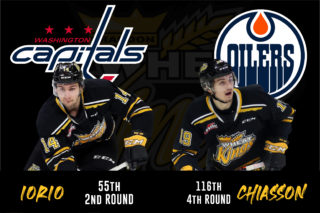 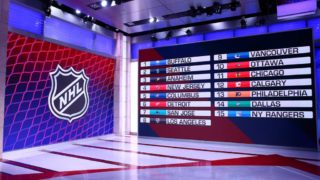 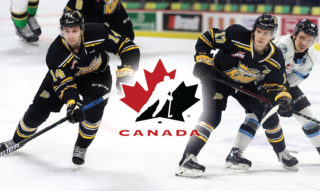 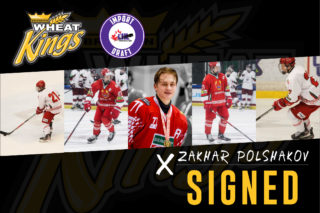 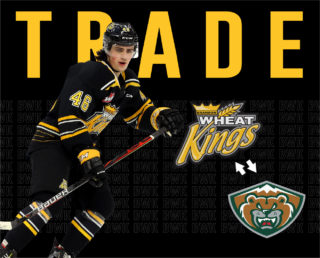