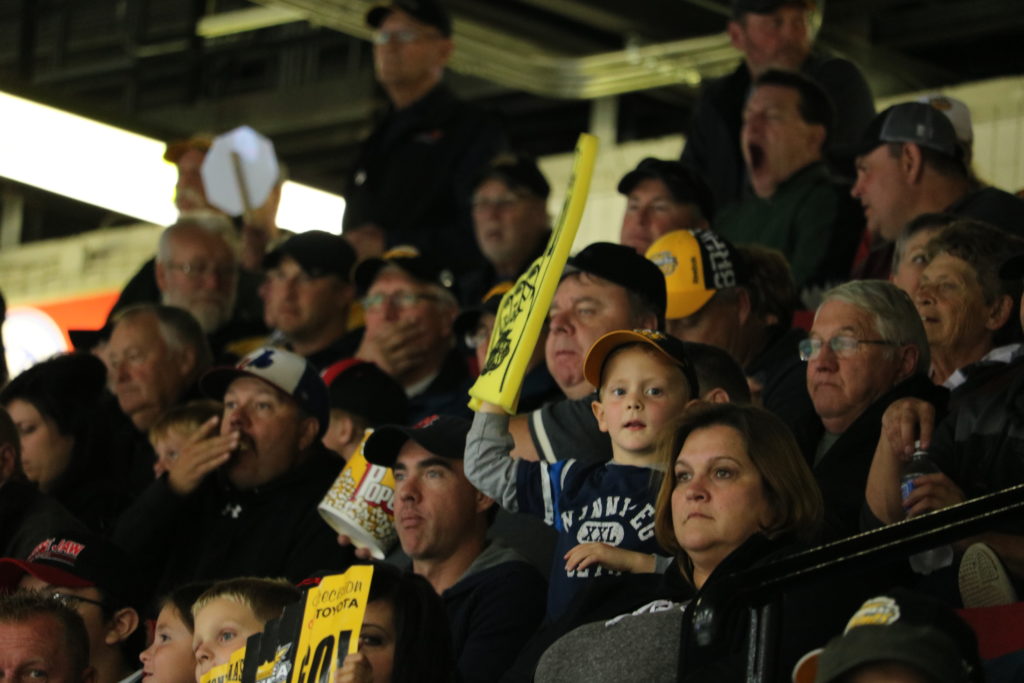 The Western Hockey League club, in association with Physiofirst Physiotherapy have announced plans for a return of “Chuck-a-Puck” in 2019-20.

Starting this October, the Wheat Kings and PhysioFirst Physiotherapy will again be presenting “Chuck-a-Puck” during the second intermission of selected games, including six Saturdays, one Friday and two Rain Check games. Proceeds will benefit western Manitoba charities.

How does it work? Fans attending the ten selected home games will have a chance to purchase a (numbered) foam puck before the game and during the first intermission. Immediately following the second period of play, those fans that do will be urged to toss it toward the center ice face-off circle.

How can Charities become involved? They can register by contacting Doug Treloar at PhysioFirst at (204) 727-6806 or by email at phys1st@mymts.net

What must a Charity provide? In order to participate, local groups will need to provide a registered charity number and a minimum number of volunteers – for both in game puck sales and on ice cleanup. As well, participating charities must provide a grand prize for their respective game (valued at least $100).

“At PhysioFirst, we’re happy to be a part of this program,” says Treloar. “As Title Sponsor of Chuck-a-Puck, we’re keeping with our strong commitment to the community in which we serve, not to mention many western Manitoba charities.

The Wheat Kings, who will open up training camp later this month, will kick off their 4-game pre-season schedule on Friday, September 6th against the visiting Winnipeg ICE.