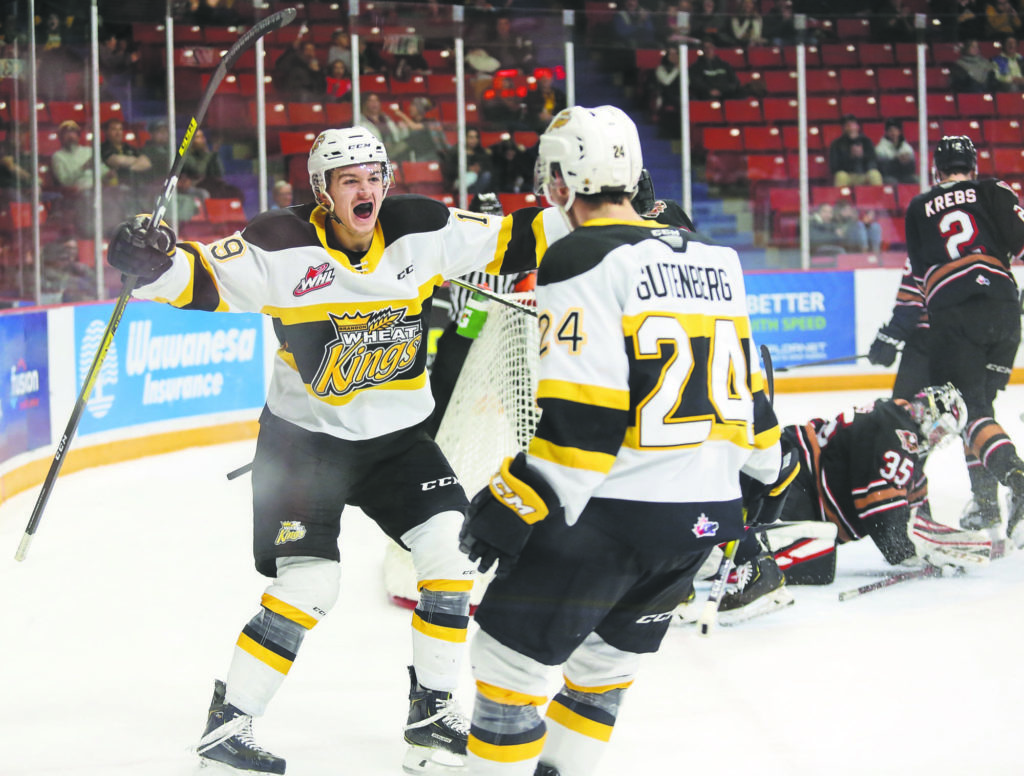 The 17-year-old forward, who showed steady improvement last season, is ready to become a front-line in his National Hockey League draft year.

“I wouldn’t expect anything lower than being a driving factor on our team and being a guy who is another look for our offence,” Chiasson said. “When I’m putting up numbers in the offensive zone, I’m playing better in the defensive zone too. I think if I can just put my entire game together, I can be a good driving force for our team.”

Chiasson, who stood six-foot-one and weighed 165 pounds last year, scored five goals and added 10 assists in 60 games with the club as a rookie. Prior to the Christmas break, he had a goal and five points and wasn’t happy with his play.

“I really sat myself down and looked at myself in the mirror at Christmas going into the second half,” Chiasson said. “What I brought to the table in the first half I knew wasn’t good enough. I knew it was a transition period between midget and the league but I’m pretty hard on myself and I knew that I had to bring more in the second. I felt like I did that and I contributed more at both ends of the ice in the second half. I think Coach (Dave) Lowry trusted me more and I felt that and brought some more attributes into my game.”

The results showed on the scoresheet as he scored four goals in the team’s final 21 games. He’s excited about the prospect of building on the experience he gained last year.

“I think it’s going to do a good job for me to slow the game down and make some plays that I maybe wasn’t confident enough to make last year,” Chiasson said. “After kind of getting used to the schedule and how hard you’re going, it’s going to be easier hopefully to come in this year and be more confident in myself. I think that’s the biggest piece of my game this year.”

“Everyone felt that way too, which was the biggest driving factor in the success of our team,” Chiasson said. “It was a lot different feeling coming in after four or five wins in a row than it was when we were trying to string together two at the start of the year. The guys were happier, the practices were shorter, everyone was laughing and dialling it in when we needed to. On and off the ice, everyone was smiling more and having a better time. That directly translated to our game.”

The late success had the players looking to a post-season that ultimately never happened due to the pandemic. Chiasson said it wasn’t an easy time.

“It was a real punch in the gut to be what we considered one of the top teams in the league in the second half,” Chiasson said. “We were amping it up at the perfect time to step into a playoff with what looked like was Winnipeg (Ice) and seeing the damage that we could have done.”

While there will never be an answer to what the team could have achieved, he’s certain the Wheat Kings will bounce back whenever the 2020-21 season begins.

“Everyone in their own way has handled this and had their own struggles,” Chiasson said. “Getting back is the main focus. Whatever prevails in front of us we’ll work through as a team. We worked through a lot as a team last year and I think this is just another thing that once we get back and get going, it’s just going to be another stepping stone that we can overcome.”

Chiasson took about three weeks off after returning to Abbotsford, B.C., in March, and then found himself chomping at the bit to get going again.

He and a couple of friends, Winnipeg Ice forward Michael Milne and Everett Silvertips forward Gage Goncalves, were able to get back on the ice privately with a skills coach from Yale Academy, where all three attended prep school.

“We were doing as much as we could,” Chiasson said. “We kind of stayed in our own little bubble so that we could hang out and work together.”

The WHL originally planned for a return to the ice in October, but later changed that to early December. The right-handed shot admitted hearing the news the season was pushed back was difficult.

“At the end of August I was ramping up with less time in the gym and more time doing cardio and on the ice,” Chiasson said. “You’re ramping up and getting ready to hopefully come back on Sept. 15. When we got hit with the news late summer, it was almost like your training program restarted and we were back in the gym more and on the ice less. It was all a big curveball thrown at us.”

It’s certainly a tough time to have the NHL draft to consider as well. Chiasson said he is setting team goals, and if those materialize, the personal success will follow.

“I think it’s just another thing in this crazy time that you don’t know when it’s actually going to happen,” Chiasson said. “I think the biggest thing for me is, once the season starts, it’s about getting the playoff berth that we didn’t get to have this year. It’s been talked about between my agent and I but it’s definitely up in the air. If we can focus on making the playoffs and playing the way that we finished the season, I think the rest will take care of itself and hopefully positives will come out of it.”

There is lots of room for growth in his game.

“I want to become that big strong power forward,” Chiasson said. “That’s the biggest thing. I’ve worked a lot on my skating this summer and I got stronger and bigger. I want to bring in that centre role that will play hard below the goal lines and will get in front of the net and into the scoring areas.”

He said he has kept in touch with his teammates in a variety of ways, and is hoping to head out for a round of golf soon with defenceman Vinny Iorio. But Chiasson is most looking forward to the day he rejoins his teammates in the Wheat City.

» This is the second edition of a series that will profile Brandon’s returning veterans. It will run sporadically in the Brandon Sun over the next two months. 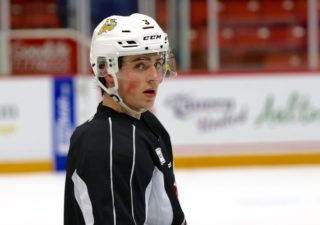 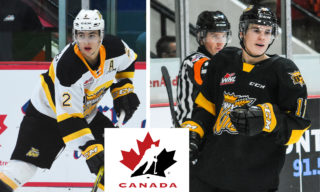 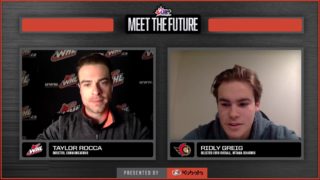