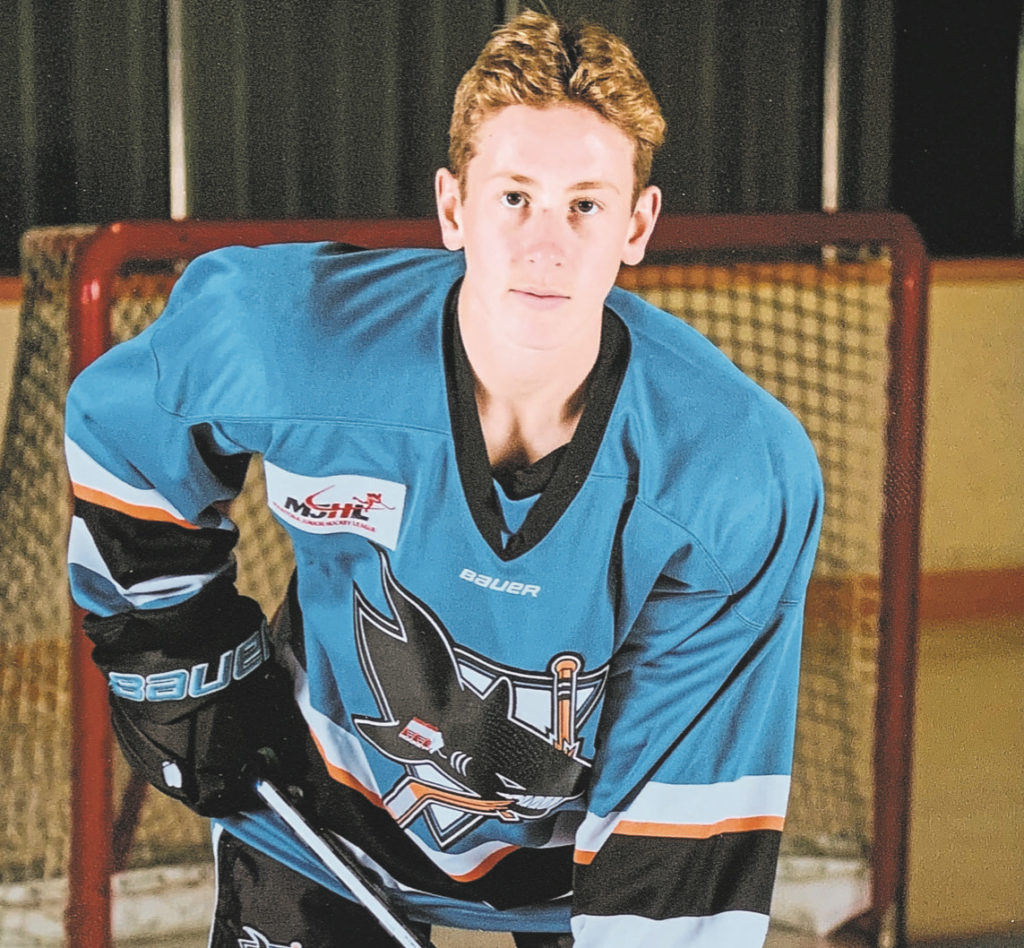 Hayden Chaloner isn’t about to hide his excitement about being drafted by the Brandon Wheat Kings.

The five-foot-six, 145-pound centre from Winnipeg couldn’t have been happier when the Wheat Kings selected him in the seventh round of the Western Hockey League bantam draft with the 145th overall selection on April 22.

“It was pretty exciting,” Chaloner said. “Especially Brandon, that was one of the teams I was hoping to go to. All teams are great but Brandon is nice and close to home and a great organization, great coach, great general manager. I’m super thrilled and couldn’t be happier with the result.”

He wasn’t the only member of the Chaloner family feeling that way.

His father Kane played in the WHL in the early 1990s with the Victoria Cougars and later in the Manitoba Junior Hockey League with the St. Boniface Saints.

Naturally, Hayden getting drafted was a big moment for both father and son.

“He was very excited and super proud of me,” Chaloner said. “He was super thrilled that I went to Brandon because it’s close to home and he would get to come out and watch all the time if I make the team.”

In 36 games with the AAA Winnipeg Sharks in the Winnipeg Bantam 1 Hockey League, the 15-year-old forward scored 45 goals and added 32 assists with 93 penalty minutes. He said his ability to play the game quickly is one of his biggest assets.

“I think one of my greatest strengths is my speed and offensive ability to make good plays,” said Chaloner, who shoots left. “I want to score every time I have the puck on my stick and my speed is one of my biggest assets, along with my hockey IQ.”

Conversely, he said he needs to do a better job of patrolling the ice every shift in every game. That’s become his focus.

“I think just getting a more consistent 200-foot game,” Chaloner said. “That’s a big part of playing junior hockey. You can’t just have some good 200-foot games, you need to have all good games with the 200-foot play.”

Chaloner’s scouting report on himself might surprise Wheat Kings assistant general manager and head scout Doug Gasper. He said on draft day that Chaloner stands out because of how he plays the game.

“He’s not the biggest man but he probably has one of the biggest hearts in the game,” Gasper said. “He plays hard and never takes a shift off. He’ll play all 200 feet. He’s got a nice edge to him. He can contribute and score, and he’s a guy who every time you went to watch him, it was a 60-minute effort out of him.”

The teenager said he has good awareness of the WHL, something that increased in the past year.

“The draft is a big thing and you become aware of it through the years coming up to your draft,” Chaloner said. “My dad made me aware. It’s a pretty big thing, the draft, and just the WHL itself is a pretty big focus.”

Chaloner has played in Brandon before, and was picked up this winter by the under-17 Thrashers for a game against the Wheat Kings at Westoba Place. He’s hoping to eventually make a more permanent situation for himself at Brandon’s largest arena.

“That’s my big goal,” Chaloner said. “My biggest goal is to eventually make that roster and play in that city.”

Since he is unable to skate or visit gyms, Chaloner is making do on his own.

One way is by rollerblading with a sliding puck to simulate the ice time that isn’t currently available.

“With all the free time I have, I’m working out as much as I can around school (obligations) and trying to keep up,” Chaloner said.

The work may begin to pay off this fall when he hopes to crack the roster of the Winnipeg Thrashers next winter in the Manitoba U18 AAA Hockey League.

It will allow him to continue to work towards a spot in Brandon.