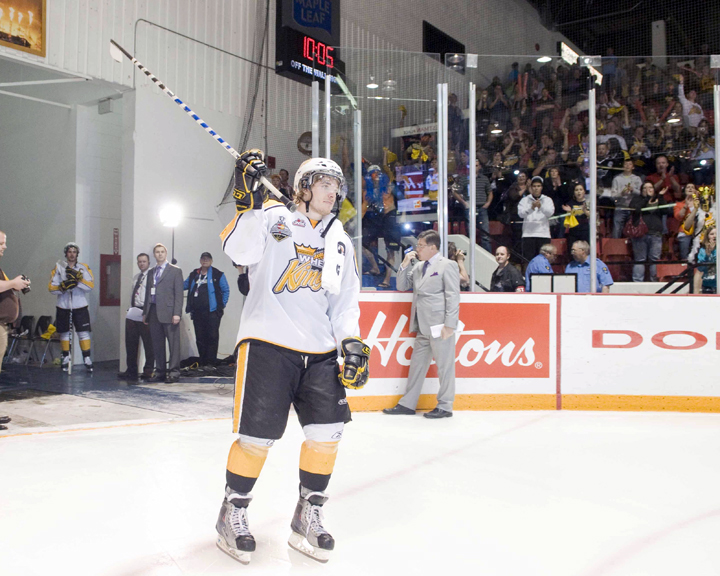 May 21st, 2020 marks the 10th anniversary of Jay Fehr sending the Brandon Wheat Kings to the Final of the 2010 MasterCard Memorial Cup in front of their very own Brandon crowd. It was an exciting goal that brought a city together and made Canadian junior hockey fans recognize how hard the community of Westman could pack a punch. From hosting their first ever Championship to finally getting the upper hand on a familiar Eastern Conference foe, the memory of Fehr’s goal can’t help but make people from Western Manitoba remember where they were during the 2010 Memorial Cup. 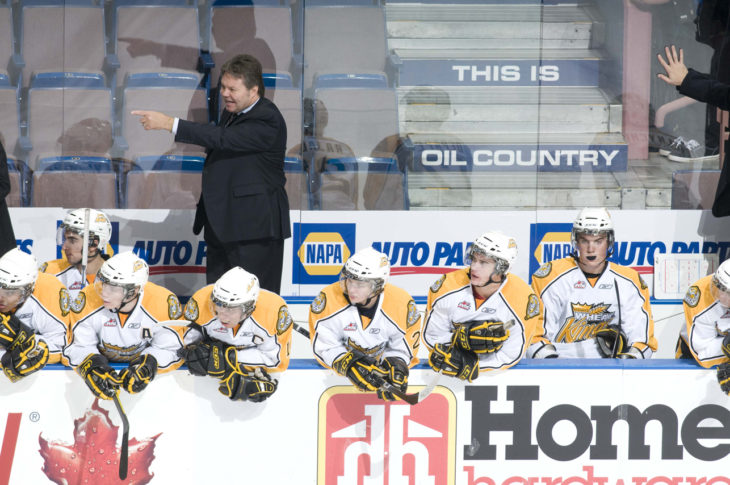 When Brandon hosted the Memorial Cup in 2010, it was on the heels of the second season in a row they’d finished their playoff run with a loss in the WHL Eastern Conference Finals.

During the 2008-2009 regular season the Wheat Kings finished with a respectable fifth-best record in the WHL and cruised through the first two rounds of the playoffs sweeping both the Kootenay Ice and Medicine Hat Tigers in four games each. 07-08 Rookie of the Year, Brayden Schenn led the team with 88 points but the offence on the young Wheat Kings roster was evenly spread with six different players finishing with 60+ points (Brayden Schenn 88, Jay  Fehr 84, Andrew Clark 78, Matt Lowry 77, Scott Glennie 70, Matt Calvert 67).

In the Eastern Conference Final they met the first ranked Calgary Hitmen who had won the Scotty Munro Memorial Trophy with 122 points and featured three players named to the First Team Eastern Conference All Star team and three to the Second. Calgary beat Brandon in four games with the Wheat Kings’ best chance at a win coming in game three of a 4-3 overtime win for the Hitmen. The Kelowna Rockets would ultimately represent the WHL in the 2009 Memorial Cup, losing in the final to the Windsor Spitfires. 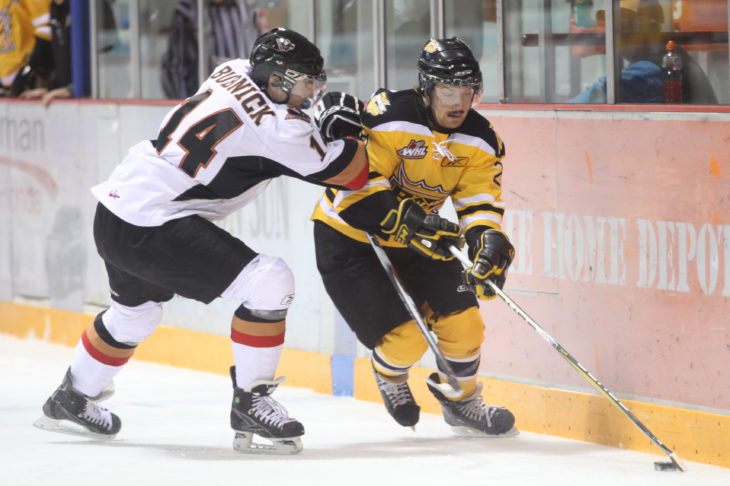 With an automatic berth to the Memorial Cup in 2010, the Wheat Kings started the season with .500 record by the month of November before gaining ground and heading into the Christmas break with 24 wins and 13 losses. By the end of the regular season they finished atop the East division and second in the league with 104 points, only three points shy of the Hitmen. Despite watching Calgary win a second consecutive Scotty Munro Trophy, the Wheat Kings won the season series between the two teams going 3-1 and compiling a record of 18-11 goals for and against. Brayden Schenn (99) , Matt Calvert (99) and Scott Glennie (89) all finished in the top ten for points in the WHL. 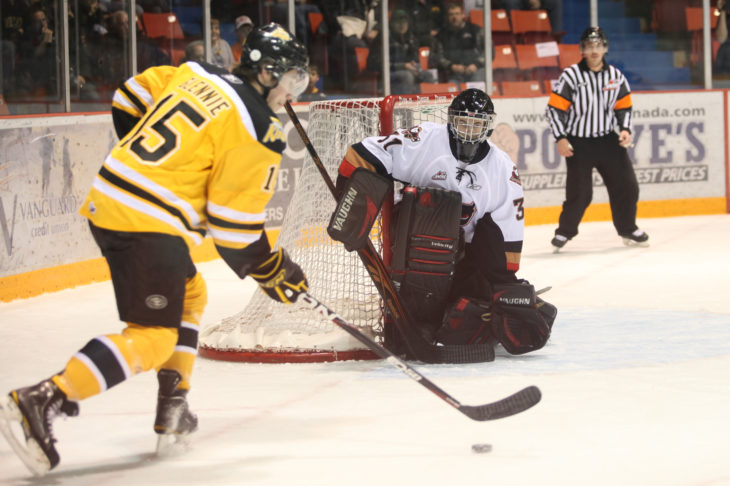 It seemed only fitting that the two teams would meet again in the playoffs, the third season in a row the Hitmen had made it to the Eastern Conference Finals and the third time in four years they would eliminate Brandon from the postseason. The Hitmen made it past the Wheat Kings in 5 games on April 22, leaving the Wheat Kings to wait to compete in the Memorial Cup beginning on May 14. 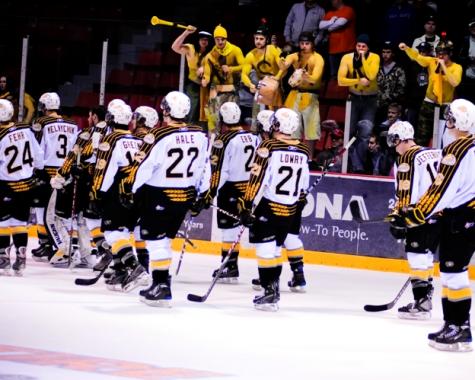 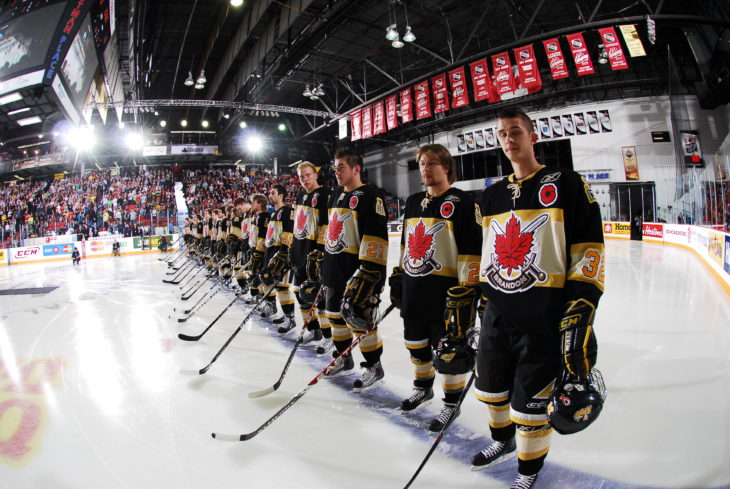 The city of Brandon buzzed with excitement and packed Westman Place for the first game between the Wheat Kings and reigning 2009 Memorial Cup Champion Windsor Spitfires from the Ontario Hockey League. Representing the Quebec Major Junior Hockey League was the Moncton Wildcats and from the WHL it was the Calgary Hitmen who had gone on to beat the Tri-City Americans in five games to make the tournament.

An eventual 1st overall pick in the upcoming 2010 NHL Entry Draft, Taylor Hall shined for the Spitfires in the opening game. After a scary fall into the end boards early in the first period, Hall broke out to score twice and Adam Henrique and Scott Timmins both added 2 goals and an assist each to lead the Spit’s scoring in a 9-3 win over the Wheat Kings.

<
In the Wheat Kings’ second game of the tournament they met the Moncton Wildcats and gave the Brandon faithful a resounding 4-0 victory to cheer about. Finnish right-winger Toni Rajala scored twice for the Wheat Kings and goalie Jacob De Serres stopped all 31 shots he faced. 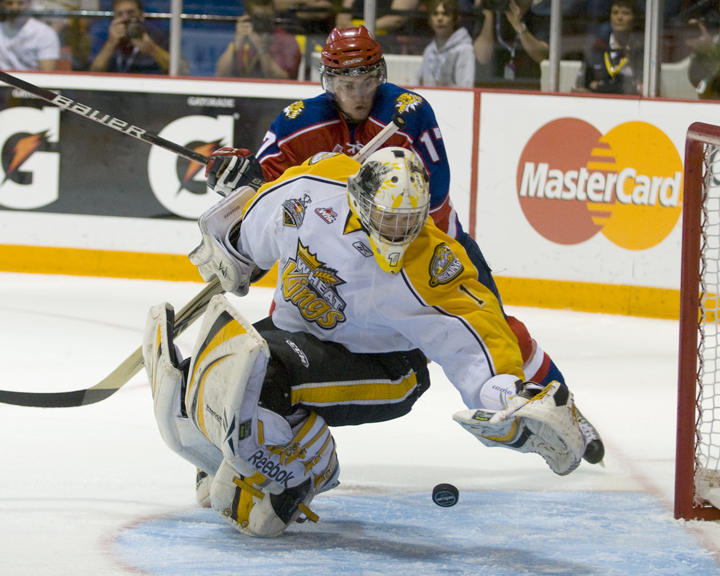 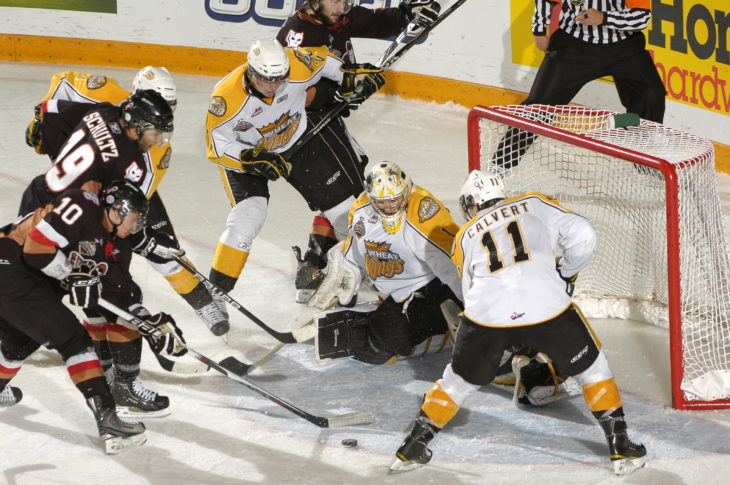 It was mostly a one-sided affair in the last game of the round robin for Brandon and Calgary, the Hitmen picking up from where they left off in the WHL Eastern Conference Final. Both teams traded goals inside the first four minutes of the first period, Jay Fehr scoring Brandon’s lone goal. But the Hitmen didn’t stop, scoring 4 more times in the first period for an eventual 5-1 final. With both teams set to face each other in the tournament’s semi final, the momentum was in Calgary’s favour after handing Brandon yet another loss in post-season play.

Calgary led 2-0 after the first period off goals only 9 seconds apart from Joel Broda and Ian Schultz. In the second frame it was Alexander Urbom getting the Wheat Kings on the board before Ian Fiddler put the Hitmen back up by 2. Matt Calvert and recently acquired defenceman Travis Hamonic scored for the Wheat Kings to send the back and forth game into the third tied at 3. 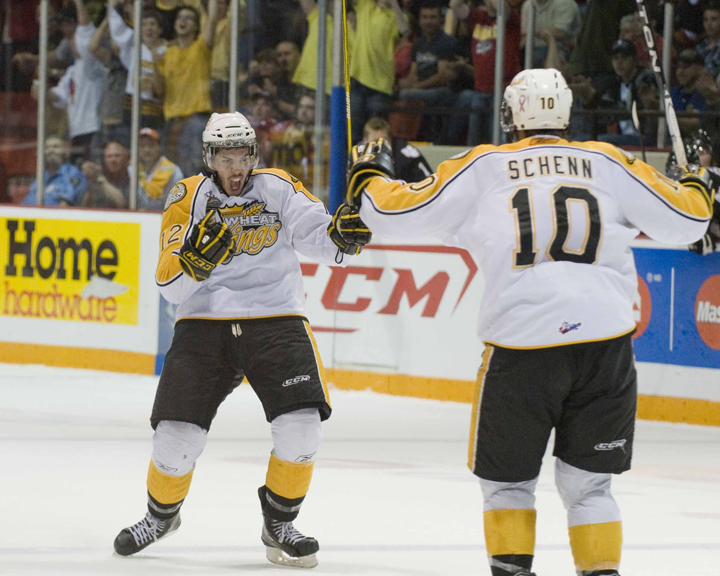 Kolby Robak got the Wheat Kings their first lead of the game early in the third but the Wheaties only kept the lead for 10 minutes before Misha Fisenko got scored off an awkward shot that got behind De Serres. The goal was reviewed, but the call stood making it 4-4 and eventually sent the game into overtime. 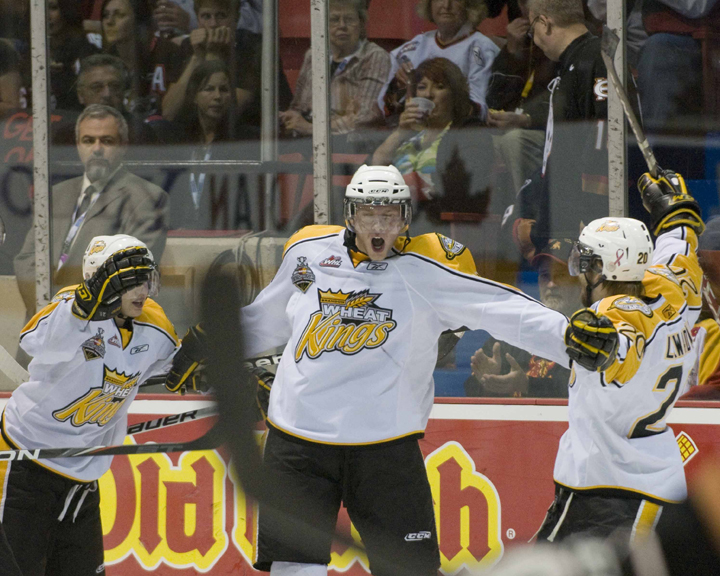 It didn’t take long for the game’s decision, coming at the 3:16 mark of overtime. After entering the puck into the Hitmen’s zone on the right side of the ice, Toni Rajala cut back into the middle to make a tidy drop pass above the hashmarks for Jay Fehr. Fehr released a low shot that fooled Calgary netminder Martin Jones, sending the Wheat Kings to the Memorial Cup Final. For the first time in several years of meeting and losing to the Hitmen in the post season, the Wheat Kings had earned the right to move on. 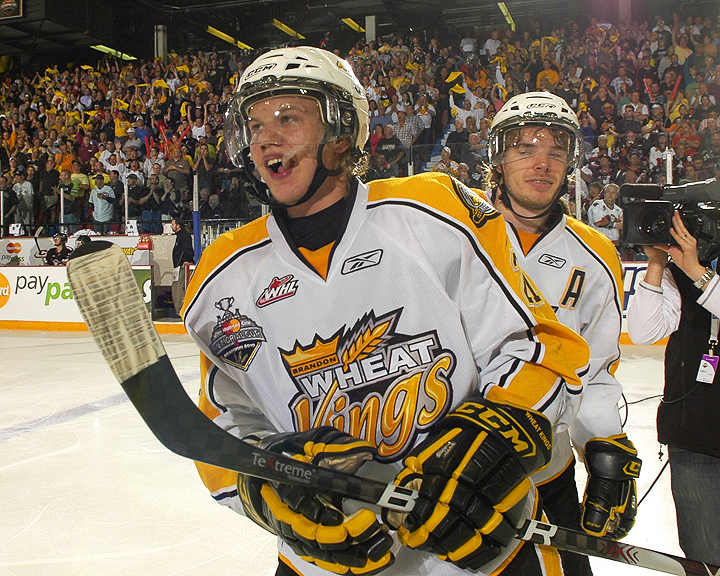 The Wheat Kings didn’t fare as well in the Final as the Spitfires won their second Memorial Cup Championship in as many seasons. Five different players scored for the Spitfires and Taylor Hall earned tournament MVP honours by leading all players with 9 points.

Even though the Final game was a disappointing end to a historic run for the Wheat Kings, Fehr’s goal will go down as one of the most memorable moments for Wheat Kings fans in club history.