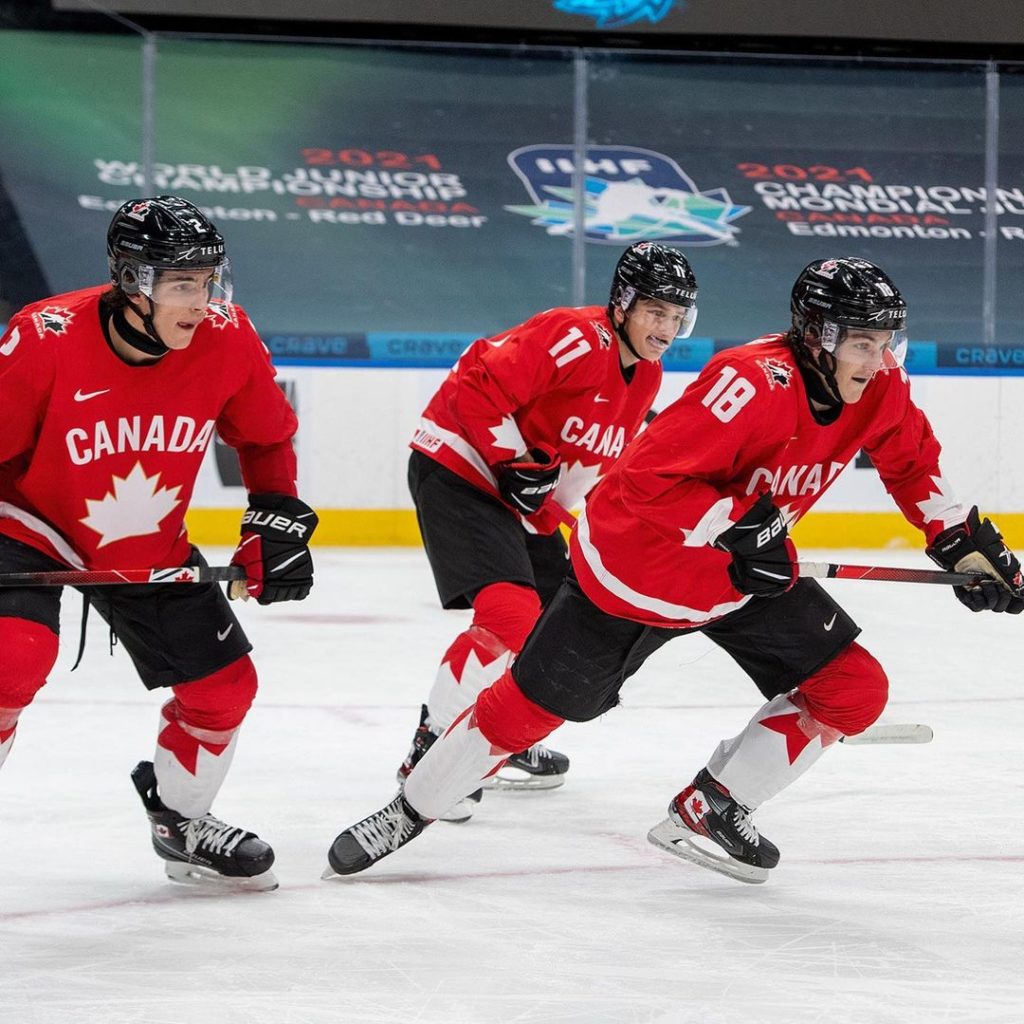 United States goaltender Spencer Knight stopped all 34 shots faced and protected a lead set by U.S. forwards Alex Turcotte who scored in the first period and Trevor Zegras who scored early in the second.

“We didn’t have the start we wanted; they got up on us and we just couldn’t buy a couple of goals,” said Bowen Byram, (Vancouver Giants) of the Western Hockey League. “We definitely had our chances and we’re still very proud of our group and how we played throughout the tournament.”

Heading into the gold medal game, Canada had not trailed once the entire tournament after beating Germany, Slovakia, Switzerland and Finland in pool play before shutting out Czech Republic in the quarterfinals and Russia in the semifinals. Until Tuesday’s gold medal game, Canada looked to be having the strongest tournament of any of the competing teams by outscoring opponents 41-4 and goaltender Devon Levi (Northeastern University) posting shutouts in the quarter and semifinal games.

Dylan Cozens (Lethbridge Hurricanes) led the Canadian team in points with 16 (8G-8A) on the tournament and was named to the tournament’s All-Star team.

“Going into the third we have to believe we can tie the game, that’s the only way we stand a chance,” said Dylan Cozens . “I think we had our looks – [Spencer] Knight played great, he stopped lots of pucks – we just didn’t get the bounces.

“I’m super proud of this group. We spent 53 days together living in hotels, battling every day in camp, 19 days of quarantine without seeing anyone. We came together so fast without being able to see each other, we battled, played every game so hard and obviously it just didn’t go in our favour tonight.”

This is Canada’s 12th silver medal won in tournament history to go along with 18 gold and 6 bronze.

The tournament will return to Edmonton and Red Deer, AB next year when the cities go-host the 2022 IIHF World Junior Championship.