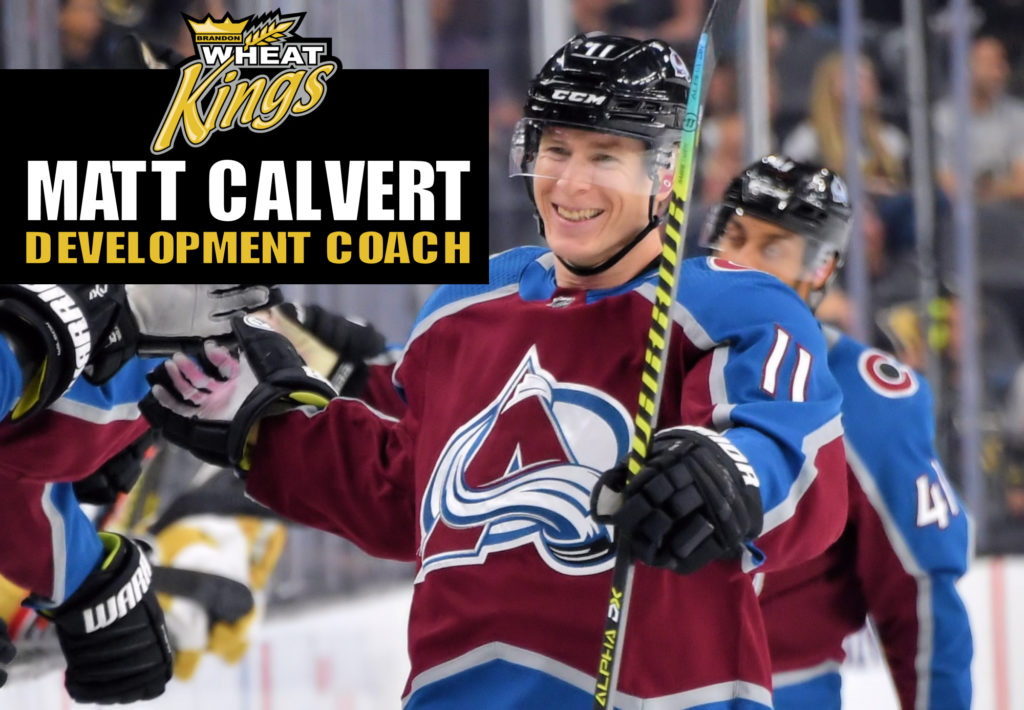 Brandon, MB – The Brandon Wheat Kings are excited to announce that former captain and eleven-year NHL veteran Matt Calvert has joined the hockey staff as a Development Coach.

Along with assisting the coaching staff with day-to-day operations, Calvert will focus primarily on the career development of current players and prospects, emphasizing skill development, fitness, nutrition, mental health, and education.

“Matt is someone that we want in our organization. He was a model Wheat King and more importantly he is a great person from a great family,” said General Manager Doug Gasper. “It was an easy decision to have him working with our players and staff.”

Calvert joined his hometown Wheat Kings in 2007 after a breakout 83-point season with the U18 Wheat Kings and quickly became a fan favorite with his unparalleled work ethic and heart.

“Im excited to move my family back to Brandon,” said Calvert. “Im excited to have the opportunity to help these players out and try and make them better every day. It’s been a lot of fun spending this time off with my family, but it’s time to get back to work.’

Over his three-year career in the WHL, Calvert would appear in 198 games, scoring 99 times and adding 131 assists for 230 points in a Wheat King sweater, capping his career with a CHL Memorial Cup All-Star nod.

A fifth-round selection of the Columbus Blue Jackets in the 2008 NHL Entry Draft, Calvert would quickly establish himself as one of the hardest working players in the NHL.

Over his eleven-year NHL career, Calvert played in 556 regular season games, scoring 95 times, and adding 108 assists for the both the Blue Jackets and Colorado Avalanche.

The addition of Calvert rounds out the Wheat Kings hockey operations staff for the 2021-2022 season.

Full training camp details, including schedule, rosters and fan participation will be release later this week.