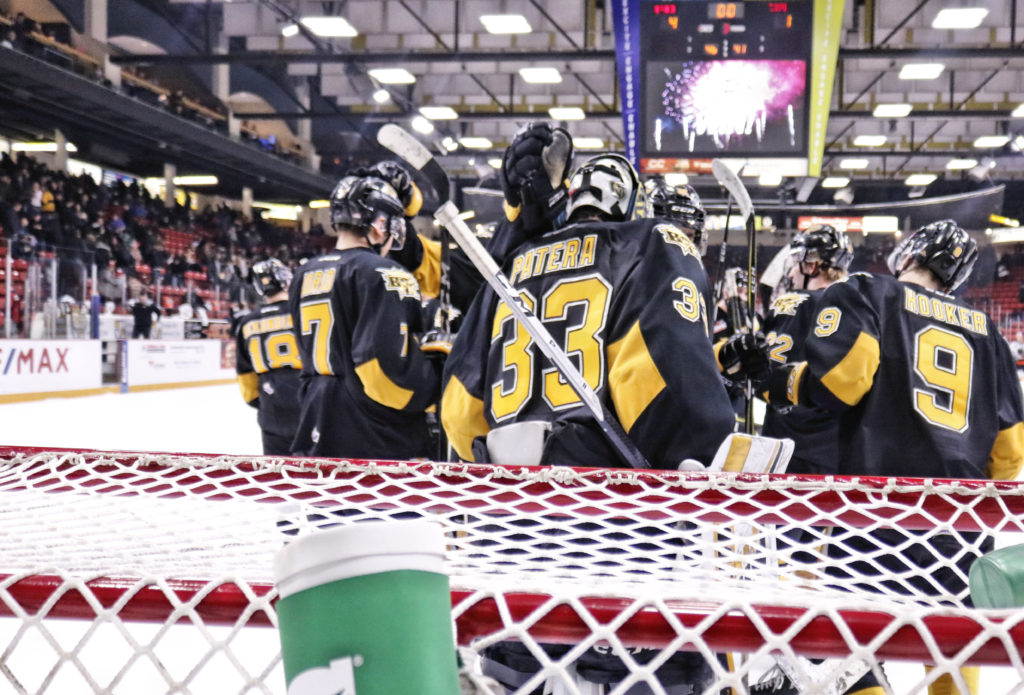 Brandon, MB. – With local food banks citing their fears of facing a potential food supply shortage this winter, Heritage Co-op and the Brandon Wheat Kings have stepped up their efforts to put out a call for donations.

All donations will then be delivered to Brandon’s Samaritan House.

“We are in the business of fueling farms and feeding families, so it only makes sense that we make continual efforts to work with our local food banks to meet their needs,” says Heritage Co-op general manager Lorne Zacharias. “Because we’re also in the business of supporting our communities, our members can expect that their dollars will be plugged back into local community support initiatives and groups.”

“By working with Heritage Co-op, we’re able to lend support to a program that will benefit families throughout western Manitoba,” says Wheat Kings’ General Manager Darren Ritchie. “By getting involved, we hope to make a difference in our community by working together to reduce hunger in western Manitoba.”

Motivated by a spirit of Christian service and humanitarian compassion, the founders of Samaritan House aimed to reach out and help those people in Brandon and surrounding area, who were in need. What began as a simple women’s shelter has grown into an organization well equipped to help people.

Through their food bank and resource centre, shelter and literacy programs, hundreds are assisted each month.

While food continues to be the number one priority, Samaritan House executive director John Jackson says that his organization looks forward to opening up an expanded shelter next month.

“The space we had used previously, although safe and warm, was really insufficient for the volume of people that we were seeing. People were crammed in,” Jackson recently told the Brandon Sun, explaining why they undertook these renovations in the first place. “There’s not much dignity for people being crammed in, so this new space reflects the dignity that, we believe, people living on the streets should be entitled to.”

With respect to food donations, Heritage Co-op has been a significant contributor to local food banks for years and Zacharias is happy to assist again this fall.

“Having the opportunity to partner with the Wheat Kings is a great way to assist Samaritan House and their short and long term objectives,” says Zacharias.

As a reward to our generous community, Zacharias has also announced that for every goal scored by the Wheat Kings on Friday night, Heritage Co-op will discount 1 cent off a litre of gasoline on Saturday, October 12th for all fans displaying their ticket stub.

Brandon enters Friday’s game – its final home game in three weeks – with a record of 3-4-0 and are coming off a weekend that saw them collect four of a possible six points. One of those wins came in Saskatoon, where the Wheat Kings rallied to beat the Blades in an overtime shootout last Sunday night.