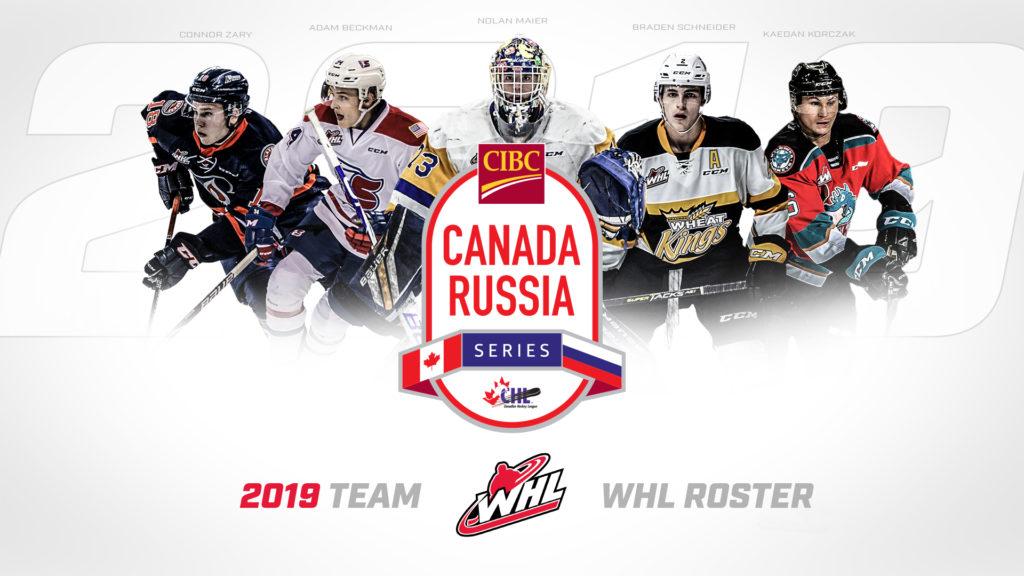 Calgary, Alta. –  The Western Hockey League, in collaboration with the Canadian Hockey League and Hockey Canada, announced today the roster for Team WHL, which will compete against Team Russia at the 2019 CIBC Canada Russia Series on November 13 and 14 in Saskatoon and Prince Albert, Sask.

Returning to this year’s roster are seven members of Team WHL from the 2018 event, including three of the top-10 selections from the 2019 NHL Draft in Kirby Dach of the Saskatoon Blades (Chicago Blackhawks, Round 1 – Pick 3), Bowen Byram of the Vancouver Giants (Colorado Avalanche, 1-4), and Dylan Cozens of the Lethbridge Hurricanes (Buffalo Sabres, 1-7). Returning forward Nolan Foote of the Kelowna Rockets (Tampa Bay Lightning, 1-27 – 2019) will add to the team’s strength at the forward position while a trio of 2018 NHL Draft selections, including Ty Smith of the Spokane Chiefs (New Jersey Devils, 1-17), Jett Woo of the Calgary Hitmen (Vancouver Canucks, 2-37), and Calen Addison of the Lethbridge Hurricanes (Pittsburgh Penguins, 2-53), will once again bolster the team’s blue line.

NHL Central Scouting identified both Schneider and Zary on its ‘Players to Watch’ list as top-ranked prospects for the 2020 NHL Draft.

Team WHL will face Team Russia in Game 5 of the 2019 CIBC Canada Russia Series in Saskatoon on Wednesday, November 13, before continuing on to Prince Albert for Game 6 to conclude the series on Thursday, November 14. The Quebec Major Junior Hockey League will host Games 1 and 2, while the Ontario Hockey League will host Games 3 and 4. For the first time since 2013, the event will close with two games in the WHL.

The 2019 CIBC Canada Russia Series will represent the event’s return to both Saskatoon and Prince Albert. In 2005 and 2014, the event made an appearance in Saskatoon, while Prince Albert played host in 2008.

The 2019 CIBC Canada Russia Series is supported by title sponsor CIBC, the Official Bank of the CHL, along with associate sponsors Kia Canada, Cooper Tires, and Kubota Canada.  All games will be broadcast nationally on Sportsnet and TVA Sports.

Tickets for Games 5 and 6 of the 2019 CIBC Canada Russia Series are available now. Complete ticketing options available at the links below. 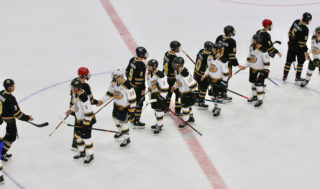