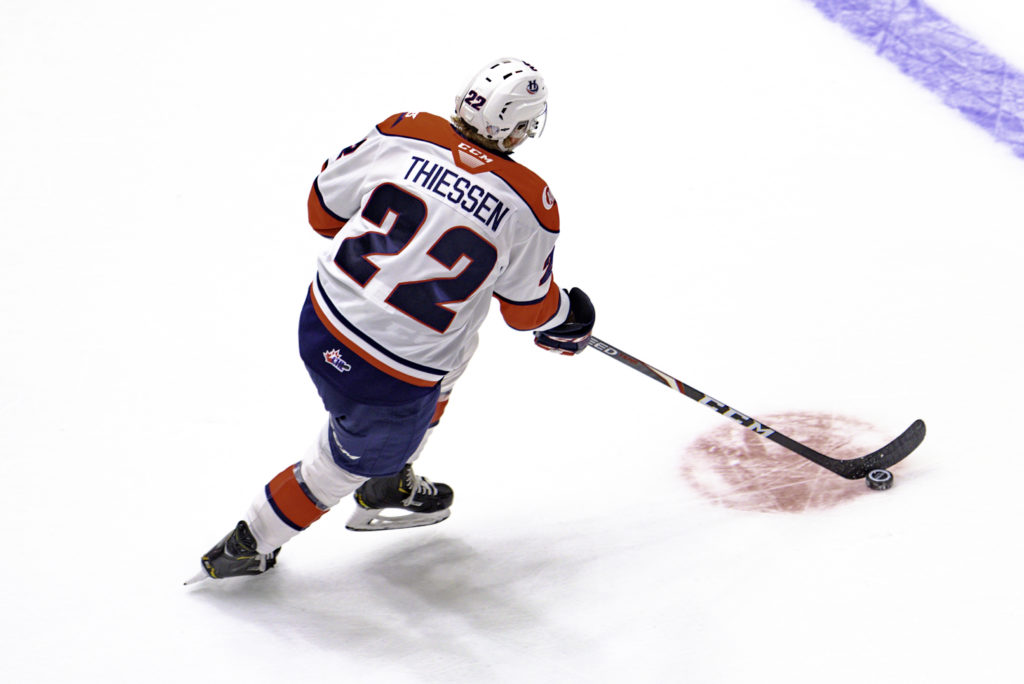 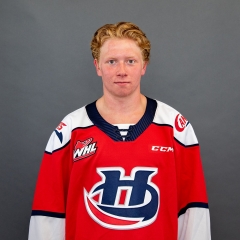 The Western Hockey League’s Brandon Wheat Kings have acquired 18 year-old defenceman Rylan Thiessen from the Lethbridge Hurricanes in exchange for a 6th round Draft Pick in the 2020 WHL Draft.

The 6’1”, 194lb Thiessen has played 22 games for the Hurricanes this season collecting 3 assists, 2 penalty minutes and a +4 rating.

A product of Brandon, Manitoba and the 2018-2019 U18 AAA Wheat Kings team that won the MMHL Championship last season, Thiessen appeared in 30 games and scored 12 goals to go along with 18 assists in the regular season. He was also a standout in last year’s MMHL’s AAA playoffs scoring 5 goals and 14 assists in 11 games, earning him playoff MVP honours.

“We’re really excited to add Rylan to our lineup,” says Brandon general manager Darren Ritchie. “He was one of the best players in the Manitoba U18 League last season and was an important part of a championship team.”

“Rylan is a good skater and has good skill,” Ritchie added. “He will be a good addition to our group.”

Thiessen is expected to be in Brandon for the Wheat Kings’ next game at home against the Kamloops Blazers on December 6, 2019.