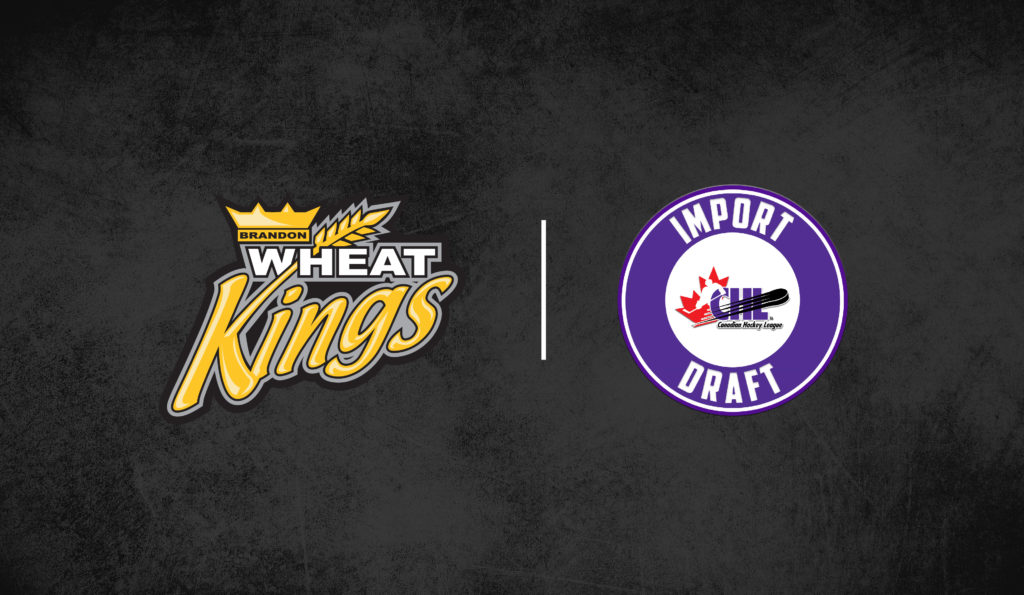 BRANDON, MB – The Brandon Wheat Kings will head across the pond tomorrow, with the 34th overall selection in the 2022 CHL Import Draft.

“The impact of the Import Draft can be franchise changing” said Director of Player Personnel Chris Moulton. “The best recent example is Ivan Provorov and all that he accomplished in just two years.”

CHL teams are only allowed to carry two imports on their active roster and teams are not allowed to trade their draft picks.

The Wheat Kings currently hold the playing rights to one import – Zakhar Polshakov.

Historically speaking, the Czech Republic leads the way with 487 CHL draft picks, 112 of which went on to play in the NHL. Russia and Slovakia round out the top three countries represented in the draft with a combined 632 selections.

“Our hockey staff is always in discussions about players and when it comes to the international leagues, we rely on our NHL and agency contacts… on top of the mountain of video we have watched,” added Moulton. “This is never an easy draft to prepare for, but our guys have worked hard and I’m excited to see how it plays out.”

Medicine Hat will select first overall in the CHL Import Draft for the second time in franchise history. The Tigers drafted Czech defenceman Vladimir Sicak with the first pick in the 1998 CHL Import Draft; Sicak went on to skate in 105 WHL regular season games with Medicine Hat from 1998-2000.

The Tigers are the first WHL Club to select first overall in the CHL Import Draft since the Swift Current Broncos selected Finnish defenceman Kasper Puutio in 2019.

Each of the 60 CHL Clubs are permitted to make a maximum of two selections in the 2022 CHL Import Draft.