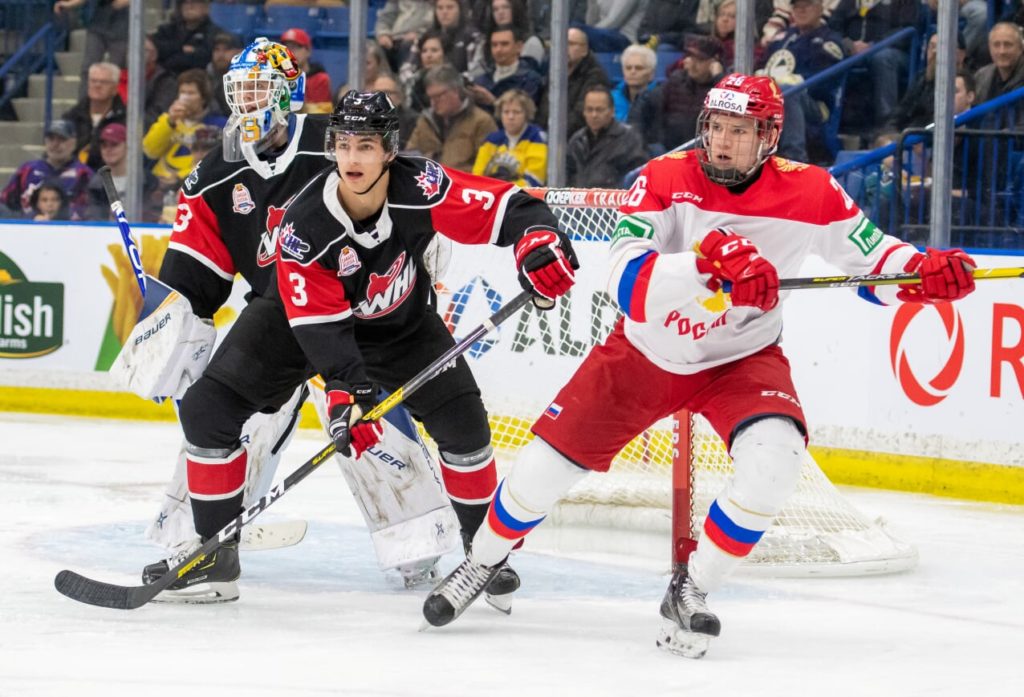 CALGARY, Alta. – With less than one month until the puck drops on the 2020 IIHF World Junior Championship, Hockey Canada has named the 31 players who have earned an invitation to Canada’s National Junior Team Sport Chek Selection Camp, set for Dec. 9-12 in Oakville, Ont.

The players will compete for a chance to represent Canada at the 2020 IIHF World Junior Championship in Ostrava and Trinec, Czech Republic, Dec. 26-Jan. 5.

Among the 31 players are two Manitobans and one member of the Brandon Wheat Kings.

Defenceman Braden Schneider of Prince Albert will be one of ten defenceman attending.

A former first round bantam draft choice, Schneider currently leads all Brandon defencemen in scoring this season with three goals and 19 points in 27 games. Chosen the hockey club’s Brad McCrimmon Trophy winner (Top Defenceman) during the 2018-19 season, the veteran blueliner has scored 12 goals and 65 points in 152 regular season games.

“After a long evaluation process through summer camp, the early weeks of the CHL season and the Canada-Russia Series, we are nearing the final steps in selecting the roster that will represent Canada at the 2020 IIHF World Junior Championship,” said McEwen. “We are expecting a highly competitive camp from these 31 players, and we know there will be many difficult decisions when it comes time to select the players who will wear the Maple Leaf in the Czech Republic.”

Canada’s National Junior Team Sport Chek Selection Camp will be held at the Sixteen Mile Sports Complex, home of the Oakville Blades of the Ontario Junior Hockey League, and will feature a pair of games against a team of U SPORTS all-stars on Dec. 11-12. Tickets for selection camp are available at HockeyCanada.ca/Tickets, starting at $15 plus fees.

For more information on Hockey Canada, Canada’s National Junior Team and the 2020 IIHF World Junior Championship, please visit HockeyCanada.ca, or follow along through social media on Facebook, Twitter and #WorldJuniors.