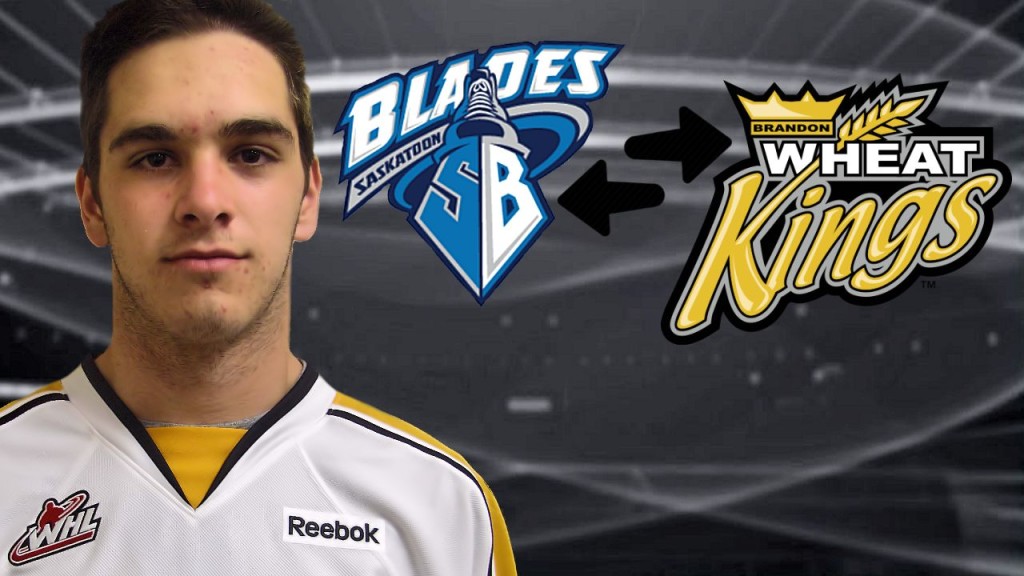 Brandon, MB. – With Training Camp less than three weeks away, the Brandon Wheat Kings have announced that they’ve traded right-winger Dakota Boutin to the Saskatoon Blades in exchange for a conditional fourth round pick in the 2015 Western Hockey League Bantam Draft.

“We’re proactively trying to manage a logjam at the forward position,” says Wheat Kings coach and general manager Kelly McCrimmon. “ We have a number of returning forwards, and a number of rookies that will battle for roster spots. This will help alleviate the problem.”

“Dakota is a good young player that will get an opportunity in Saskatoon,” McCrimmon went on to say.

Brandon opens camp later this month at Westman Communications Group Place and will kick off its pre-season schedule on Friday, September 5th against the visiting Regina Pats.