Bjarnason Steals the Show in Regina 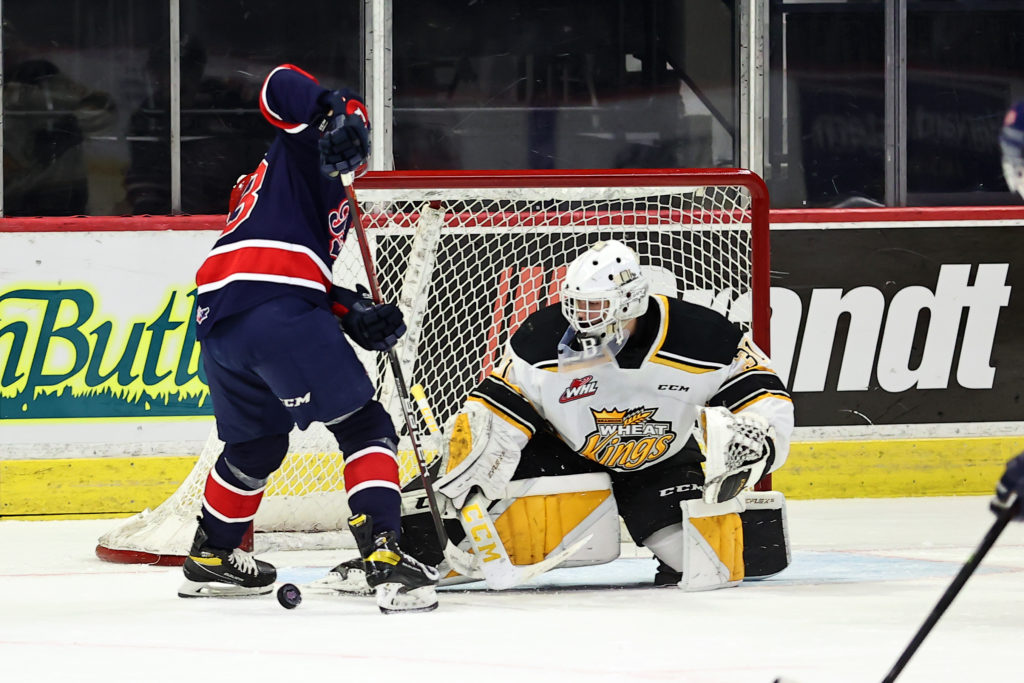 Brandon, MB – The Brandon Wheat Kings gutted out a 4-2 road victory over the Regina Pats on Sunday afternoon, helping solidify four of a possible six points on the weekend.

Chad Nychuk carried the mail for the Wheat Kings, scoring twice, including the game-winner and adding an assist for his first multi-point night of the season. Nychuk’s goal in the first period was the first by a Wheat Kings defender this season.

“We had a great response tonight,” said Head Coach Don MacGillivray. “We did a really good job through the middle of the ice tonight, we got a couple of important kills in the game and a powerplay goal from Hammer. We had to overcome some adversity tonight, but our guys got the job done.”

Hammett’s powerplay goal in the second period was his first of the season and came on home ice in front of family and friends who came out in droves to support the former Pat Canadians Captain.

Carson Bjarnason stole the show between the pipes for the Wheat Kings, making 39 saves in his first career WHL start. The Carberry native was named the game’s first star for his efforts.

“We got some timely saves tonight,” added MacGillivray. “Barney was excellent for us back there. Despite what happened last night, we got on the bus today and came here to get a job done and we earned it tonight, a real greasy road win.”

Rylen Roersma rounded out the scoring for the Wheat Kings and added an assist for his first multi-point night of the season.

The Wheat Kings will look to get back to .500 on Wednesday night when they travel to Saskatoon to take on the Blades. You can catch the game on Brandon’s Bounce 96,1 and the iHeartRadio app starting with the pre-game show at 7:45 MB Time.