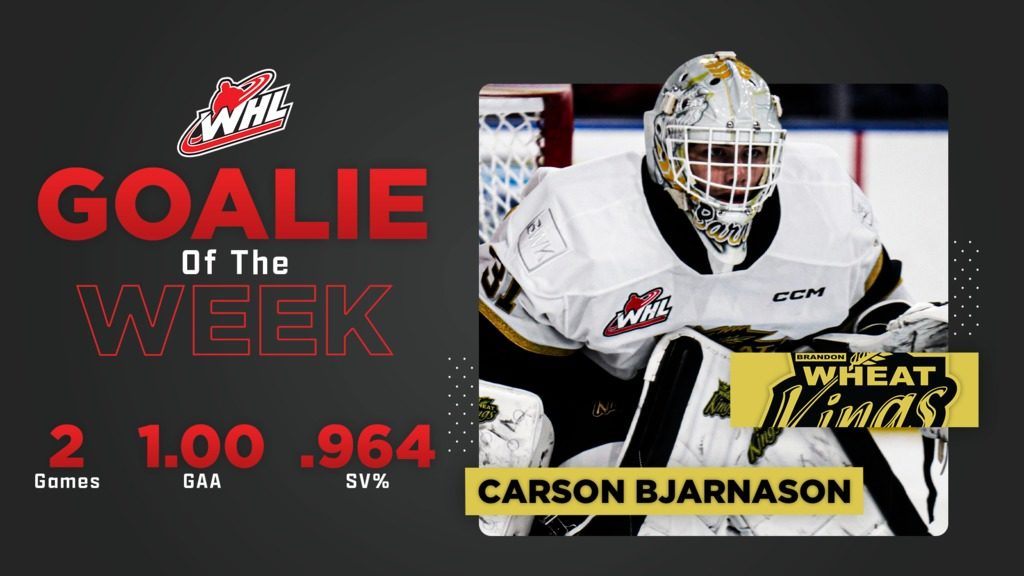 Bjarnason, the top-ranked North American Goaltender by NHL Central Scouting ahead of the 2023 NHL Draft, registered a pair of road victories for the Wheat Kings this past week, posting a 1.00 goals-against average, .964 save percentage and one shutout along the way.

The product of Carberry, Man. began his week with a 34-save performance Friday, January 20, as Brandon doubled up the Calgary Hitmen 4-2.

Two days later, the 17-year-old turned aside all 19 shots he faced to earn his third shutout of the 2022-23 season, helping the Wheat Kings defeat the Edmonton Oil Kings 2-0.

Bjarnason was previously named WHL Goaltender of the Week for the week ending October 16, 2022.

Originally signed by Brandon in September of 2021, Bjarnason holds a career 25-23-3-0 record, 3.27 goals-against average, .901 save percentage and three shutouts across 56 WHL regular season appearances with the Club.