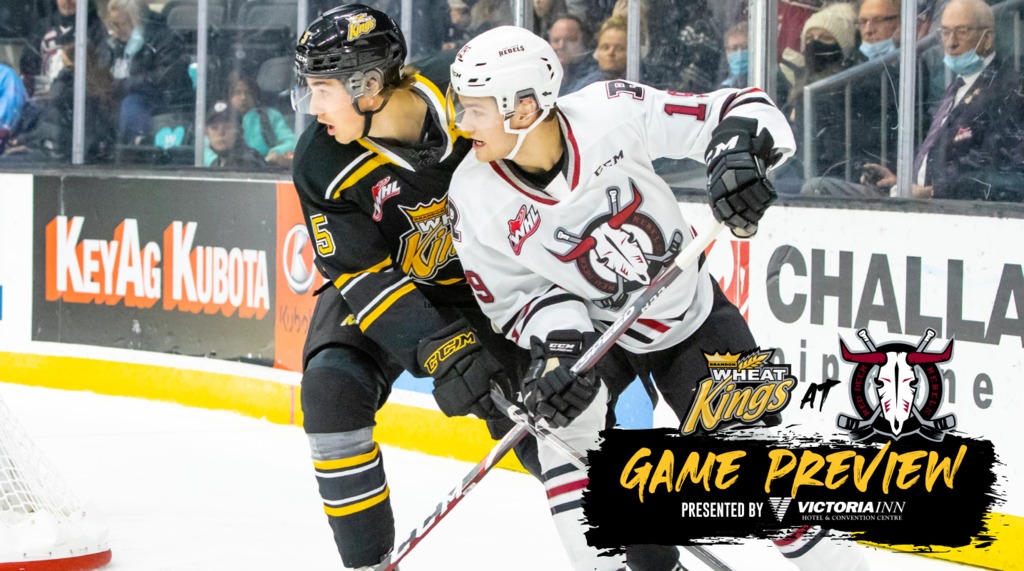 Last Time Out: 4-3 OTL @ Medicine Hat: Ridly Greig scored twice and Ethan Kruger made 29 saves but it wasn’t enough as the Tigers earned the extra point in overtime. The loss was just the second time all-season the Wheat Kings have lost in a shootout.

Donny’s Milestone: Tonight is the 100th career game for Head Coach Don MacGillivray as a WHL bench boss. The Winnipeg, MB native began his career as an Assistant with the Prince Albert Raiders in the 1996/97 season, before becoming interim Head Coach the following season.

Feast in the Jungle: Ridly Greig’s two-goal night on Wednesday gives him eleven total points (7G-4A) vs the Tigers in four games this season.

Extra Time: The Wheat Kings have played extra time in four of their last five games. Brandon is 3-2 in overtime and 1-2 when the games go to a shootout.

Central Scouting: A pair of Wheat Kings have a pair of skaters on the NHL Central Scouting mid-term rankings. Zakhar Polshakov comes in ranked 96th, and Rylen Roersma sits 99th.