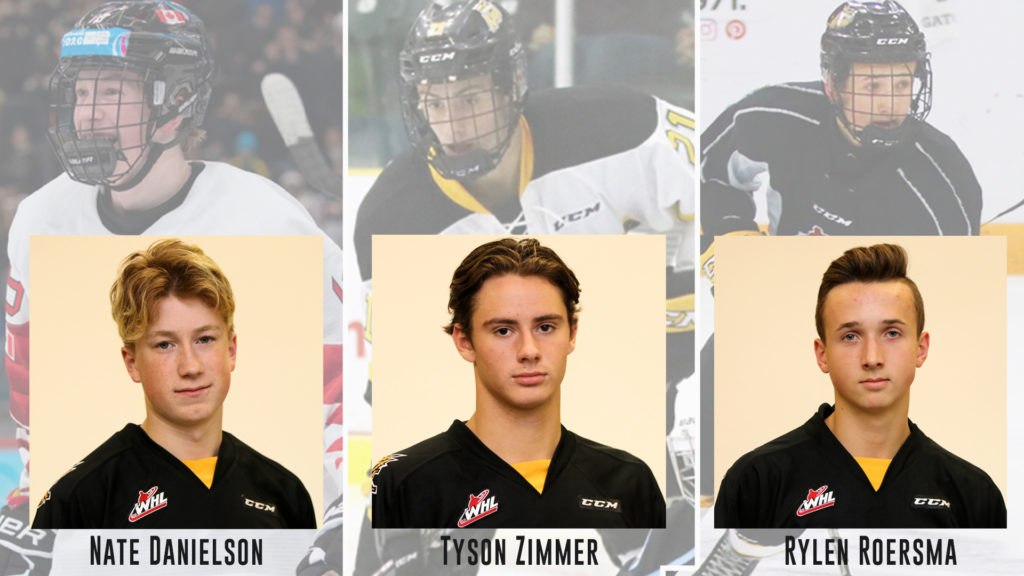 CALGARY, Alta. – Hockey Canada has announced a roster of 113 players invited to its virtual national under-17 development camp, set for July 19-25, as well as the coaching staffs that will lead Canada’s national men’s under-17 teams at the 2020 World Under-17 Hockey Challenge, presented by TELUS, in Charlottetown and Summerside, P.E.I., in November.

According to Hockey Canada, 12 goaltenders, 37 defencemen and 64 forwards will be split into six teams for the week-long virtual camp, participating in a variety of sessions with a focus on player development through online education.

This isn’t the first time Nate Danielson will prepare for international competition. Amid his 2019-20 Canadian Sport School Hockey League (CSSHL) season with the Northern Alberta X-treme, he represented Canada at the Youth Olympic Games in Lausanne, Switzerland.

“There is a ton of great players from across Canada and from countries around the world we faced. It is unbelievable competition and I am very excited to be moving forward with the U17 Program” says Danielson.

A 5th overall pick by the Wheat Kings in the 2019 WHL Entry Draft, the 6”, 165 lb right-shot prospect had 60 points (26G-34A) in 27 games for the X-treme this season playing out of Edmonton, AB. He says it will be nice to break up the increased amount of training he’s been doing in the gym due to the lack of ice time available during the coronavirus pandemic, and prepare a different way for hockey’s return.

Tyson Zimmer, Brandon’s 6th overall pick in the same 2019 draft is honoured to be identified by Hockey Canada but is also looking forward to the possibility of returning to the ice and getting back to focusing on hockey.

“I don’t think I’ve ever had this much time off, maybe since I was born until the first time I skated” says Zimmer. “Very different, I’ve been training off ice as well as shooting pucks as much as I can, shoot everyday and usually workout every second day depending on what I am doing.”

The 6’, 175 lb right-shot forward played 36 games for Okanagan Hockey Academy of the CSSHL last season collecting 37 points (25G-22A) and 46 penalty minutes. Along with Danielson and 16th overall pick in the 2019 draft, Rylen Roersma, the three forwards will be part of a promising group of prospects at the Wheat Kings’ Training Camp this fall. Each of them are still 15 years old and neither of the three have suited up for their first WHL game as of yet.

“I grew up watching World Juniors, the Hlinka Gretzky Cup, all that sort of stuff and always thought how amazing it would be to wear the maple leaf and how much of an honour it is. It’s always been a goal of mine ever since I was a child so yeah, I’m really excited”.

Roersma sees it as another step in the right direction for not only his development but also for life to return to normal following an irregularly long break.

“I’m looking forward to the arenas opening up again and getting back on the ice, doing hockey stuff and getting ready for camp in September in Brandon.”

In Hockey Canada’s press release announcing the roster and coaching staff, Scott Salmond, senior vice-president of national teams says “The national under-17 development camp is the first stage in introducing these athletes to the Program of Excellence, and it is a great opportunity for them to develop as players and learn what it takes to wear the Maple Leaf. Our three under-17 teams are very fortunate to have these nine experienced coaches, and we know our coaching and support staffs will embrace the opportunity to guide the development of the top young players in Canada.”

The entire list of the 113 invitees can be found here: CAN U17 Camp Roster

The entire list of the camp’s Staff can be found here: CAN U17 Camp Staff Roster 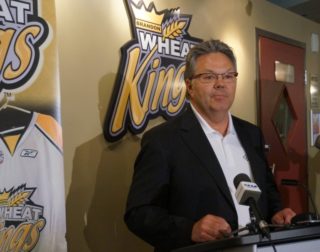