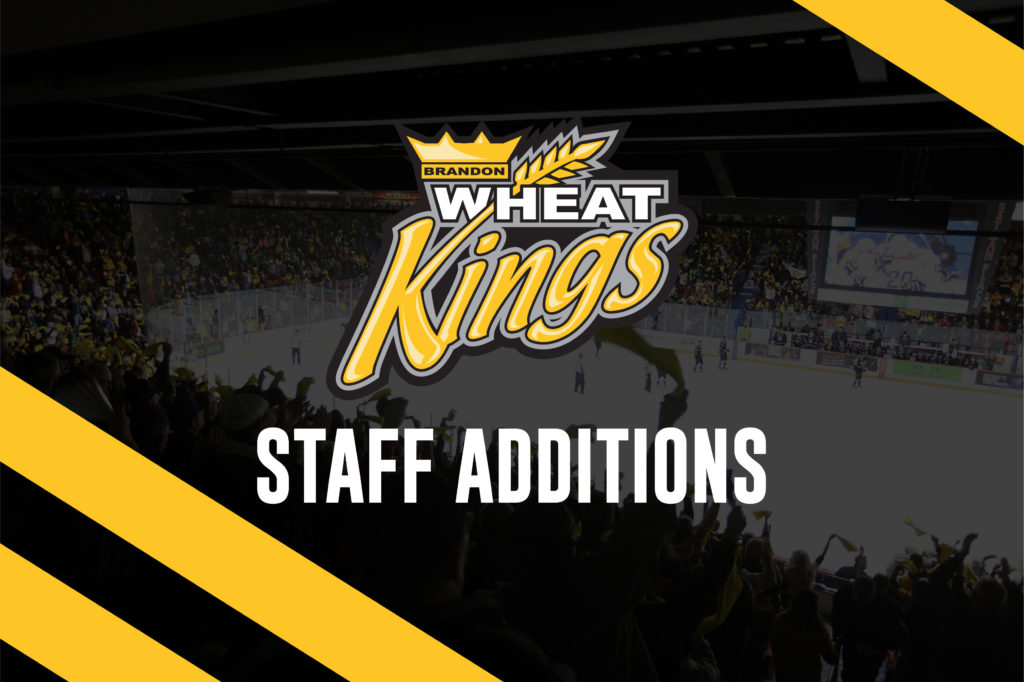 Hartwick, a certified member of the Canadian Athletic Therapy Association joins the Wheat Kings from the AJHL’s Drayton Valley Thunder. He also spent two seasons with the SJHL’s Melville Millionaires.

Stiff, a Brandon native has spent the last three years as Administrative Coordinator for Westman Communications Group Television and will be a critical member of the business operations team as the main point of contact for the Season Ticket Holders.

Meanwhile Assistant Coach Todd Miller has accepted the Head Coaching position with the OHL’s Oshawa Generals. Miller joined the Wheat Kings from the Barrie Colts last summer and was an integral part of the 2021 Subway Cup East Division Championship team.

The Wheat Kings will open the season on October 1st at Westoba Place when the Winnipeg ICE return to the Wheat City for the first time since December 27th, 2019.