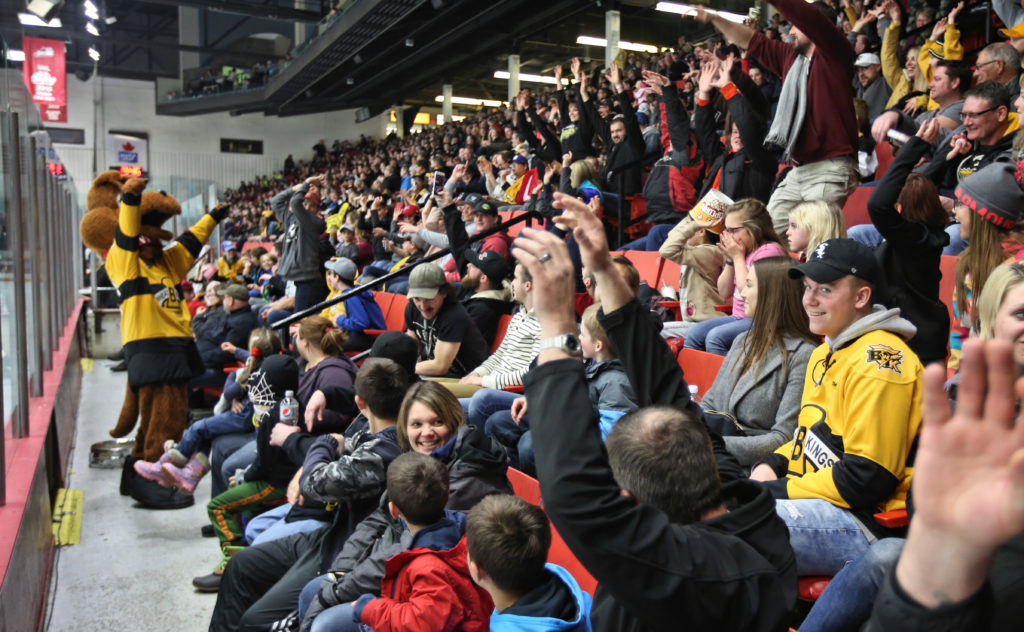 Brandon, MB. – With the start of the 2019-20 Western Hockey League season just over a month away, the Brandon Wheat Kings have announced that season ticket sales have surpassed the 2,000 mark.

During a Media reception at Canad Inns Thursday afternoon, the WHL club announced that a total of 2,020 have been sold for the upcoming season.

The Wheat Kings, who will kick off Training Camp in thirteen days and open up the regular season Friday, September 20th, sold close to 2,600 season tickets in 2018-19 and finished the year by averaging close to 3,700 fans per home game.

Wheat Kings season tickets remain among the most affordable in the WHL. In addition to being exempt from all box office agency fees, season ticket holders will save 36% off regular admission prices.

For the second consecutive season, the Wheat Kings are pleased to offer exciting family affordable options this year. As well as having the opportunity to pay for their tickets on a monthly basis, fans will receive a 50% discount on children’s season tickets ($99 plus GST) when they purchase two adult at the regular price.

Fans interested in purchasing 2019-20 season tickets or for more information on seat availability are encouraged to call the Wheat Kings at (204) 726-3535 or online HERE.  Fans wanting to check seat availability can do so with our LIVE SEAT MAP.

For those that have already ordered their season ticket packages, their first chance to pick them up will be Friday, September 6th in the Keystone Centre’s southside parking lot. Fans can pick up between 10-7pm, prior to the Wheat Kings’ pre-season home opener at 7:30pm against Winnipeg. More details on what should be a fun filled day are expected to be announced in the next two weeks.

September 6th will be the first of two pre-season home games for the Wheat Kings, who will host Moose Jaw on Saturday, September 14th.

The curtain goes up on the regular season on Friday, September 20th with Brandon hosting the Ice.