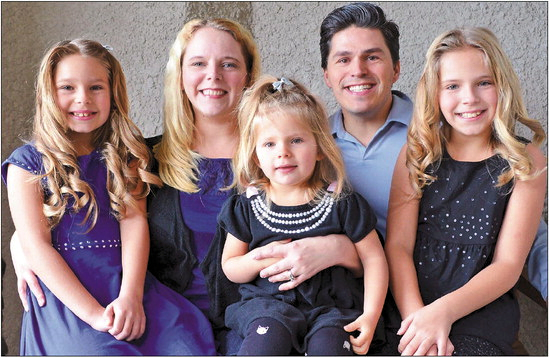 “The best memory obviously was winning the championship,” Cyrenne said of beating the Spokane Chiefs in the 1995-96 Western Hockey League final. “I think there were 20 or 25 of us — players, coaches, training staff, radio — going into a sold-out building and winning. It was one of the quietest buildings that you could hear to win a championship in.

“And then driving back 20-some hours and having the whole parking lot packed with fans at the Keystone (Centre). It was a long bus ride, but also one of the most memorable bus rides of my time.”

Now 38, Cyrenne is a married father of three in Winnipeg who provides financial advice.

Back in that championship season, Cyrenne was an 18-year-old rookie who finished third in team scoring with 97 points in 69 games and was subsequently an eighth-round draft choice by the San Jose Sharks.

In 196 regular-season games over three campaigns with the Wheat Kings, Cyrenne had 111 goals and 186 assists, with 50 more points in 43 playoff games. He was also named the Canadian Hockey League’s most sportsmanlike player of the year in 1998.

Cyrenne originally planned to join Colorado College, so he played with the St. Boniface Saints of the Manitoba Junior Hockey League during his first two years of junior eligibility, which included a league title and being named Canadian Junior A hockey player of the year in 1995.

He was first listed in the WHL by the Moose Jaw Warriors, but then briefly taken off their list. Wheat Kings general manager Kelly McCrimmon called him the next day to say he was suddenly Brandon property.

Cyrenne eventually changed his mind on where he wanted to play and came to Brandon.

Cyrenne remembers the calls from McCrimmon before he joined the team.

“A lot of that stuff goes unnoticed, how trustworthy he is and how much work he does to make the whole family feel comfortable in situations,” Cyrenne said. “I definitely keep in touch with him whenever I can.”

He said his time with McCrimmon, coach Bob Lowes and assistant coach Mark Johnston helped mould him into the person he wanted to be.

“I got to play three years, a lot of which were in the International Hockey League,” Cyrenne said. “At the time there were a lot of NHLers in the league and younger players too and it was a very, very competitive league with a lot of great coaching. It was a real good league to learn in and we had some good playoff runs. After those three years or so in North America, I thought it was time to see what Europe had to offer, so I’m glad I did both.”

Still, the decision to call it quits in 2004 wasn’t an easy one.

“I’m not sure that you ever know when the time is,” Cyrenne said. “I think for sure that I could have played another four or five years if I wanted to, but there were some opportunities that were on the table and I thought at the time that my passion after six years of pro more turned towards business after hockey and also starting a family. That was when I knew it was the right time.”

He has been with his wife Tara since the two were in high school.

“It was really cool that we got to experience all of pro hockey and junior hockey together,” Cyrenne said. “We married in 2001 and she travelled with me to all of the places.”

Cyrenne still skates occasionally, but is more focused on his daughters’ soccer, dance and swimming.

He said the good habits he learned in Brandon were invaluable. But the sport gave him much more.

“One thing that hockey has done is that you create so many teammates, relationships and also great contacts not only in the hockey world but in the business world,” Cyrenne said. “That definitely created opportunities for myself.”

He occasionally comes back to Brandon because his wife has family in the city. Cyrenne marvels at how much the city he calls his second home has grown.

He also keeps in touch with his billets, Nigel and Kim Boulton.

“It was nothing but a great experience,” Cyrenne said of his Wheat Kings years. “I think the main thing for me, whether you became an NHLer or not, was developing those life skills and being a professional, having that structure in life, routine, hard work. To me, I think one of the main things that I remember from there outside of having all of the fun and the championships, was that part too.

“Kelly does a real good job of developing good people.”